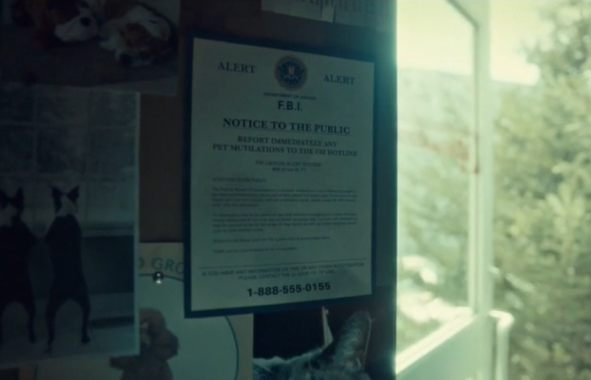 On Hannibal, “…And the Beast from the Sea,” The Great Red Dragon attacked Will’s family. The Great Red Dragon’s attempt to kill Will’s family, however, was thwarted as Molly realized just in the nick of time that something was amiss, and she managed to get both herself and her son away from the killer before he had a chance to kill them. That being said, Molly was injured and she did have to undergo surgery, and this, of course, pissed off Will and made him even more determined to capture The Great Red Dragon.

“…And the Beast from the Sea” did not pass the Bechdel, Russo or race test.

As to the Russo test, depending on one’s perspective, it can both be argued that “…And the Beast from the Sea” did or did not pass the Russo test. For example, Alana, who is LGBTI, was in the episode; she was not defined by her sexual orientation (her sexual orientation wasn’t even brought up); and it can be argued that she was important to the plot of the episode as she was the one who realized that Hannibal was in contact with The Great Red Dragon. However, it can also be argued that Alana was not important to the plot of the episode and that she could have been taken out of the episode without causing a significant change to occur to the plot, as if she had been taken out, Jack could have just done a little bit of digging on his own and he could have realized that Hannibal had been talking to the killer. It is thus possible to argue in either direction whether or not “…And the Beast from the Sea” passed the Russo test. However, all of that being said, because there is room for doubt as to whether or not the episode truly did pass the Russo test, for the intents and purposes of this article it has been ruled that “…And the Beast from the Sea” did not pass the Russo test.