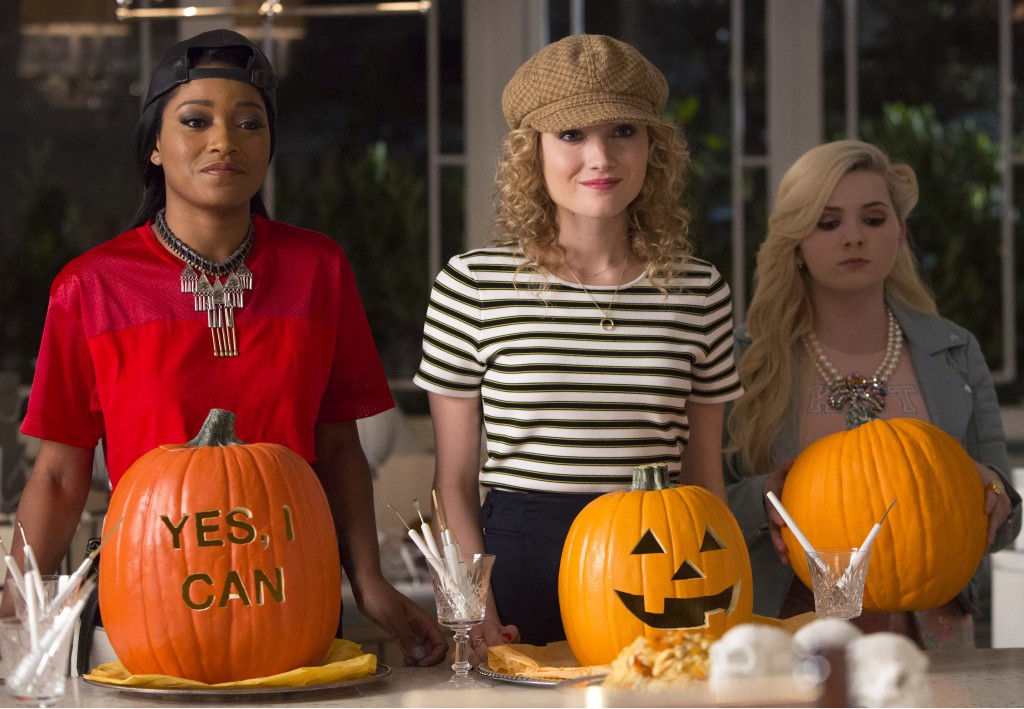 In Scream Queens, “Haunted House,” Zayday announced that she was running for president of Kappa House, and to demonstrate how serious she was about wanting to become president, she threw a fundraiser and raised money by hosting a haunted house event. The Red Devil, of course, took advantage of this and used the haunted house as an opportunity to frighten the living shit out of everyone.

“Haunted House” passed the Bechdel test but did not pass the Russo or race test.

“Haunted House” did not pass the Russo test because there was only one LGBTI character in the episode (Sam) and her appearance in “Haunted House” was so brief and inconsequential that she was neither defined by her sexual orientation nor was she important to the plot.