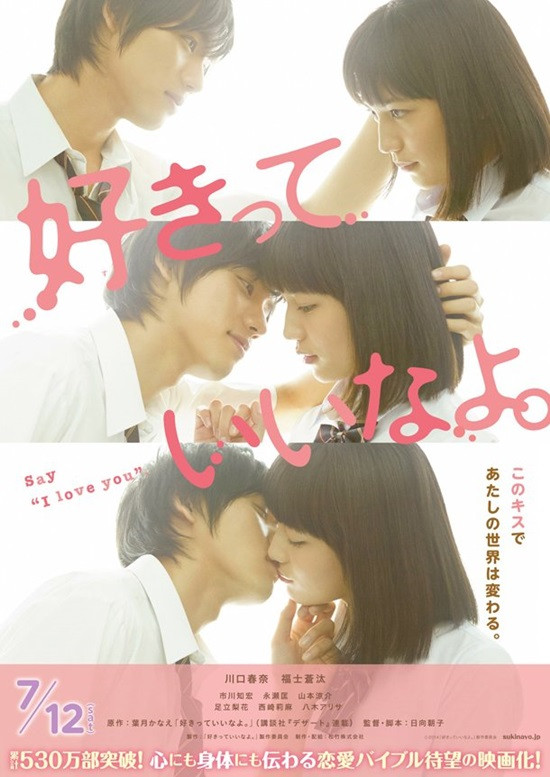 Adapted from the hit manga of the same name, Say “I Love You” is about Tachibana Mei, a high school student who has no friends and who never speaks due to a past trauma.

In her day-to-day life, Mei is bullied because she never speaks. This, however, all changes when, one day, a boy bullies her by pulling on her skirt, and Mei retaliates by high-kicking his friend Yamato. From this point forward, Mei’s life completely changes as she tries new things, makes friends and even falls in love.

Say “I Love You” passes the Bechdel and race test but does not pass the Russo test.

There are a couple of named women in Say “I Love You” and there a few instances where some of these named women talk to each other. On two occasions, some of these named women talk to each other without mentioning men (e.g., Mei and Asami talk about gym class and Megumi talks to a named woman about work) so the film passes the Bechdel test. Say “I Love You” also passes the race test, and the film passes this test because the entire cast is Asian and White people are never mentioned by any of the characters (every conversation thus passes the race test).

In regards to the Russo test, there are no identifiable LGBTI characters in Say “I Love You” so the film does not pass this test.