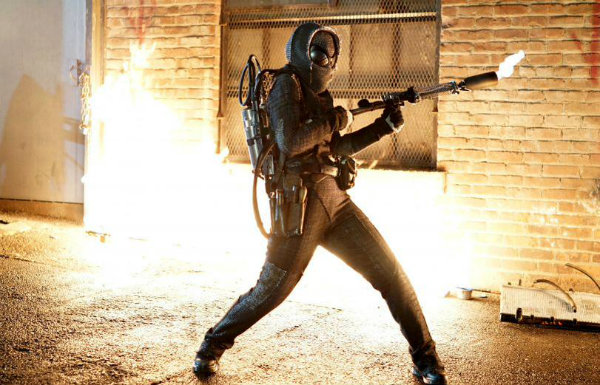 On Gotham, “Scarification,” Gordon and Dr. Thompkins went on a double date with Nygma and Miss Kringle; Penguin discovered Theo’s weakness; and Firefly, a new villain, was born.

​There were a few named women and girls in “Scarification” who occasionally spoke to each other. Of the couple of times that named women and girls talked to each other, there were two occasions where men weren’t mentioned (e.g., on two separate occasions, Selina and Bridgit talked about the weather and Selina told Bridgit to follow her) so the episode passed the Bechdel test. “Scarification” also passed the Russo and race test.

In the case of the Russo test, “Scarification” passed this test because Tabitha, who is LGBTI, was in the episode; because she was not solely defined as being LGBTI (e.g., she was also defined as being Theo’s sister and as being a villain); and because her removal from the episode would have significantly affected the plot as she was the one who told Penguin to burn down several buildings and this (i.e., Penguin burning down buildings) was a huge factor in the episode’s plotline.