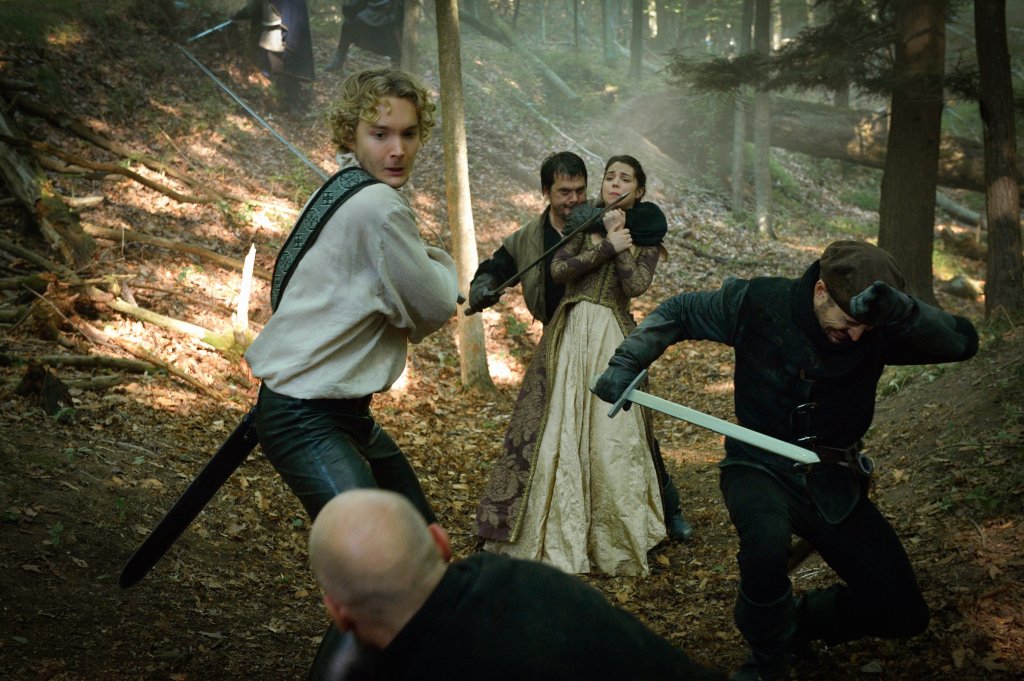 Cured, Francis was in a state of bliss on Reign, “In a Clearing.” He spent his time with Mary and the two appreciated each other more than ever, but their happiness was not meant to be for as soon as he was cured, assassins were sent to kill both him and Mary.

“In a Clearing” passed the Bechdel test but did not pass the Russo or race test.

There were a couple of named women in “In a Clearing” and there were a few instances where some of these named women talked to each other. In one of these instances where named women talked to each other, men were not mentioned (e.g., Mary and Greer talked about Mary signing away her rights to the English throne) so the episode passed the Bechdel test. “In a Clearing” did not, however, pass the Russo or race test, and the episode did not pass these tests because there were no LGBTI characters or non-White individuals in the episode.