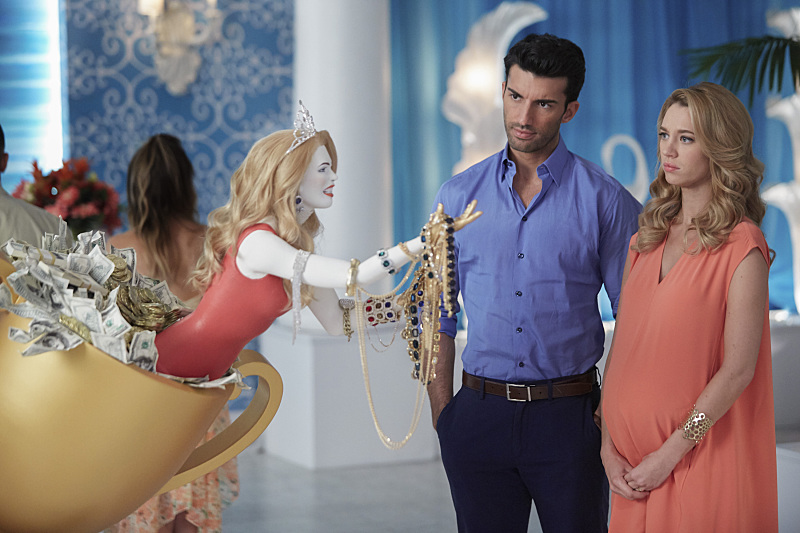 “Chapter Thirty-Three” of Jane the Virgin was all about embarrassment, hurt feelings and realizations.

In “Chapter Thirty-Three,” Jane fought with her father and she made a move on her sexy professor; Xio struggled to advance her career; Michael and Barnett discovered that Rose is Mutter’s stepdaughter; Rogelio begged Jane for an opportunity to babysit Mateo and he planned a birthday/proposal party for Xio; and Rafael and Petra did whatever it took to retain and to increase the Marbella’s patronage.

There were three LGBTI characters in “Chapter Thirty-Three,” Luisa, Barnett and Rose, and one did not pass all of the Russo test’s requirements, and two did.