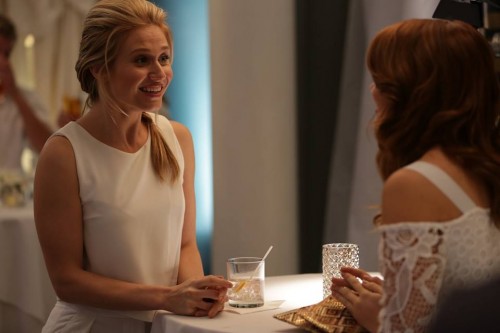 Amy and Karma both wanted to make up with one another on Faking It, “Let’s Hear It for Oy,” but neither were willing to give in. So what happened? Well, matters between the two only escalated and grew worse.

“Let’s Hear It for Oy” did not pass the race test but it did pass the Bechdel and Russo test.