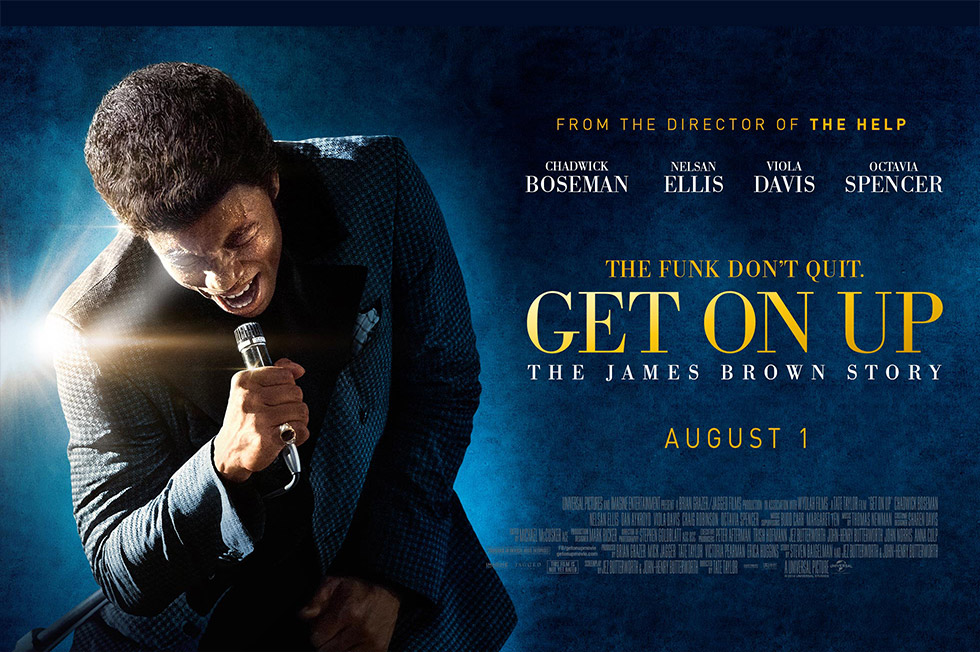 Get on Up is a film based on James Brown’s life, and  if all of the events in the film are an accurate portrayal of Brown’s life, then he certainly lived a very difficult but interesting and amazing life.

Get on Up is told in non-chronological flashbacks and it reveals numerous parts of Brown’s past like how he had grown up in deep poverty and lived in an abusive home, how he had been raised by prostitutes, that he had been in prison, that he had abused his wife and that he had been a bit of an egomaniac. The film also showcases that Brown was not only the creator of a musical genre but that he built his career on virtually nothing.

Overall, Get on Up is definitely an interesting film worth the watch, and that being said, if Brown didn’t have talent, then I don’t know who does.

Get on Up passes the race test but does not pass the Bechdel or Russo test.