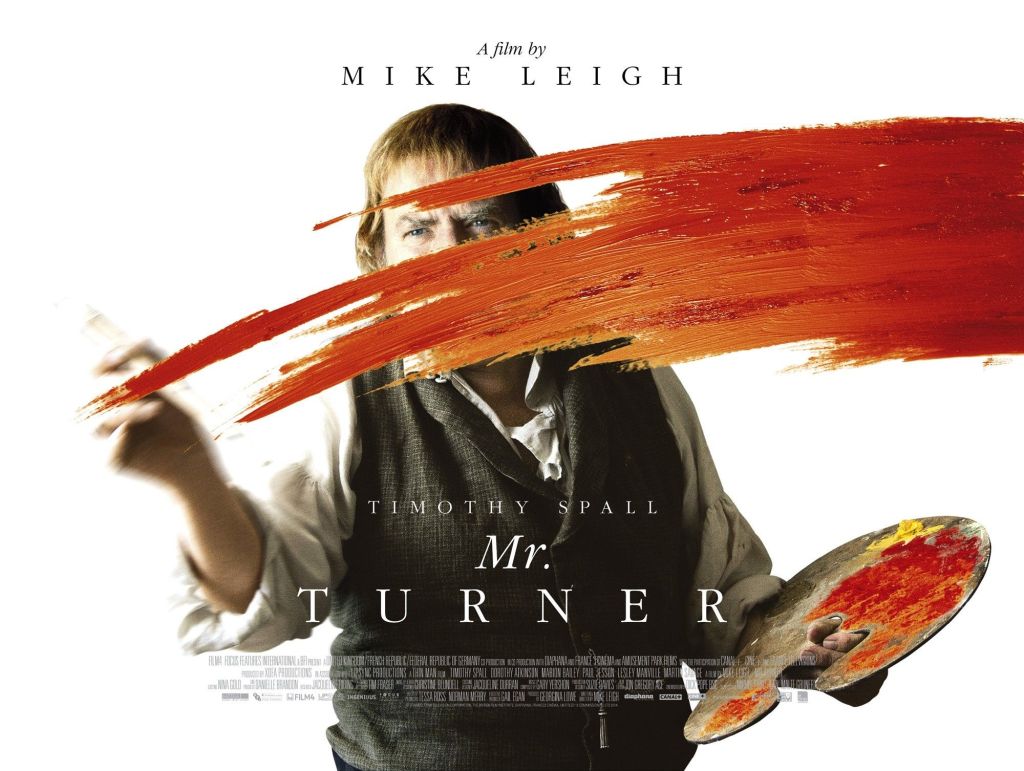 In Mr. Turner, the last 26 years of the enigmatic painter J.M.W. Turner’s life is examined. The film covers Turner’s father’s death, his (Turner’s) transition to more surrealist and abstract paintings, his secret marriage and his own death.

Mr. Turner passes the Bechdel test but does not pass the Russo or race test.

There are a couple of named women in Mr. Turner and a couple of occasions where named women do talk to each other without mentioning men (e.g,. Miss Danby greets Mary Somerville and Mrs. Booth greets a named woman) so the film passes the Bechdel test. The film does not, however, pass either the Russo or race test as there are no LGBTI or non-White characters in Mr. Turner.