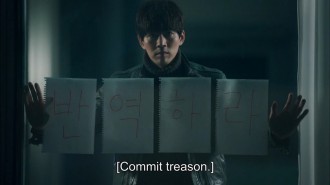 On Liar Game, “Smuggling Game II,” players kept betraying each other left and right, but in the end, everyone prevailed except for Do-Young who lost not only his cool, but the game as well.

“Smuggling Game II” passed the Bechdel and race test but did not pass the Russo test.

There were a couple of named women in “Smuggling Game II” and there were two instances where named women talked to each other without mentioning men (e.g. Da-Jung confronted Jaime on her treacherous behavior and Da-Jung talked to Sung-Ja about the show) so the episode passed the Bechdel test.