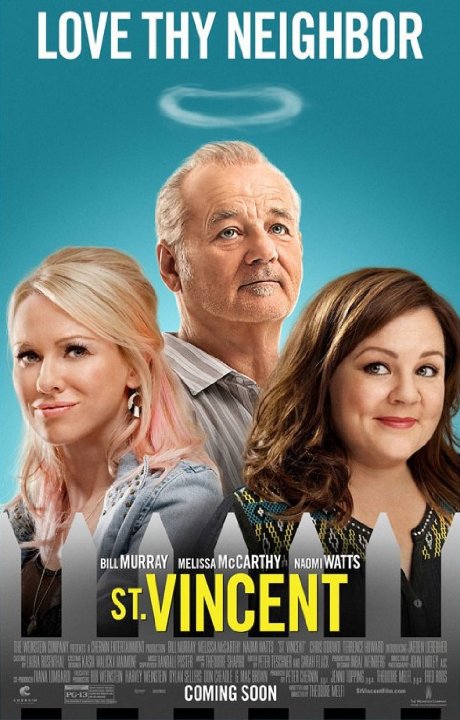 In St. Vincent, Melissa McCarthy plays Maggie, a single mom who moves to Brooklyn with her 12-year-old son, Oliver.

Because Maggie is the sole provider for her family, she has to work long hours. Consequently, Maggie is never around to take care of her son, so in an effort to mitigate this problem, Maggie pays her next door neighbor, Vincent (Bill Murray), to watch over Oliver.

At first glance, Vincent isn’t exactly the best candidate for babysitter – he’s surly, a gambler, owes a ton of money and drinks all of the time. However, despite his many short comings, Vincent also has a very kind side (e.g., he secretly takes care of his ill wife, he helps out a pregnant prostitute and he teaches Oliver life lessons) which is one of the many aspects of Vincent that Oliver learns of as the two embark on a very odd mentor/mentee relationship.

St. Vincent does not pass the Bechdel, Russo or race test.