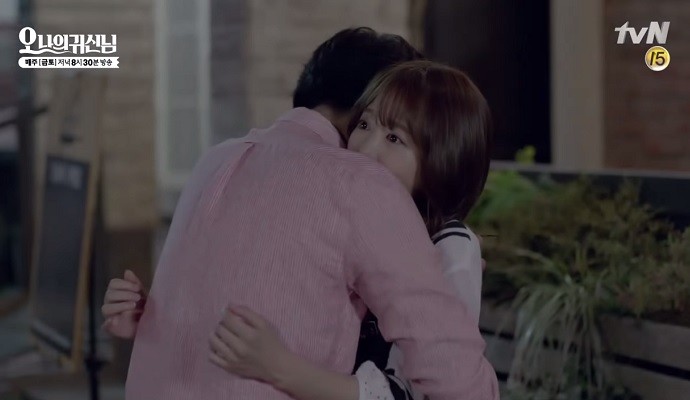 Bong-Sun and Sun-Woo started dating in Oh My Ghostess, episode 9, and their relationship started off rocky. Namely, the two experienced problems because Soon-Ae was pushing Sun-Woo to have sex with her and Sun-Woo was jealous because Bong-Sun/Soon-Ae had gone out partying all night with her coworkers.

Episode 9 passed the Bechdel and race test but did not pass the Russo test.

Named women talked to each other a couple of times in episode 9 and there was one instance where named women talked to each other and they didn’t mention men (e.g., the shaman told Soon-Ae that she just wanted to check-in on her) so the episode passed the Bechdel test. Episode 9 also passed the race test, and the episode passed this test because the entire cast was Asian and White people were never mentioned by any of the characters.

In regards to the Russo test, there were no LGBTI characters in episode 9 so the episode did not pass this test.