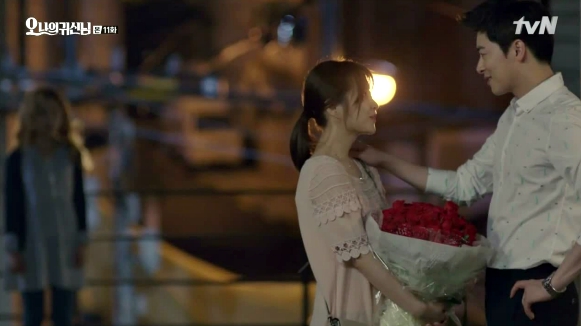 Soon-Ae discovered in Oh My Ghostess, episode 11 that she had committed suicide, and she set about discovering whether this was what had truly happened to her or not.

Episode 11 passed the Bechdel and race test but did not pass the Russo test.

Women talked to each other several times in episode 11, and on several of these occasions the women who talked to each other had names and they did not mention men so the episode passed the Bechdel test. The episode also obviously passed the race test since the show is a K-drama, and the entire cast was Asian and White people were never mentioned by any of the characters.