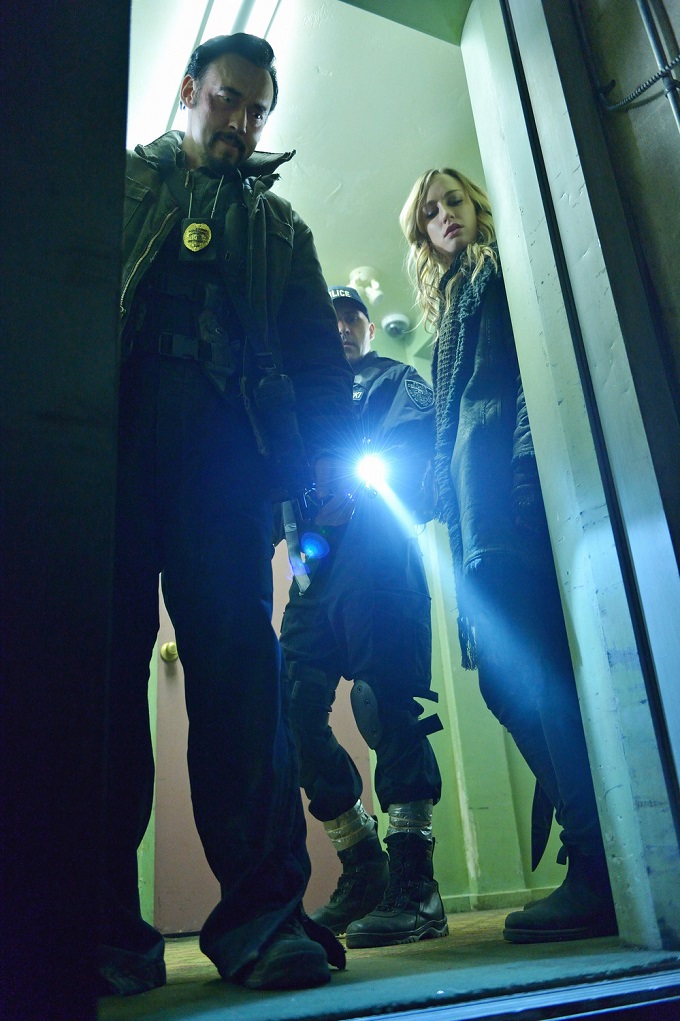 On The Strain, “Quick and Painless,” Ephraim traveled to D.C.; Abraham searched for an ancient text; Nora and Dutch sprang Vasiliy out of jail; Nora taught Justine a new screening method to detect the infected; and Dutch and Vasiliy helped the police kill strigoi.

“Quick and Painless” passed the Bechdel test but did not pass the Russo and race test.

Women talked to each other a couple of times in “Quick and Painless” and there was one instance where women talked to each other where both of the women had names and men weren’t mentioned (e.g., Nora told Justine she knew a quicker way to discover whether someone is infected) so the episode passed the Bechdel test. However, while “Quick and Painless” passed the Bechdel test, it failed to pass either the Russo or race test.