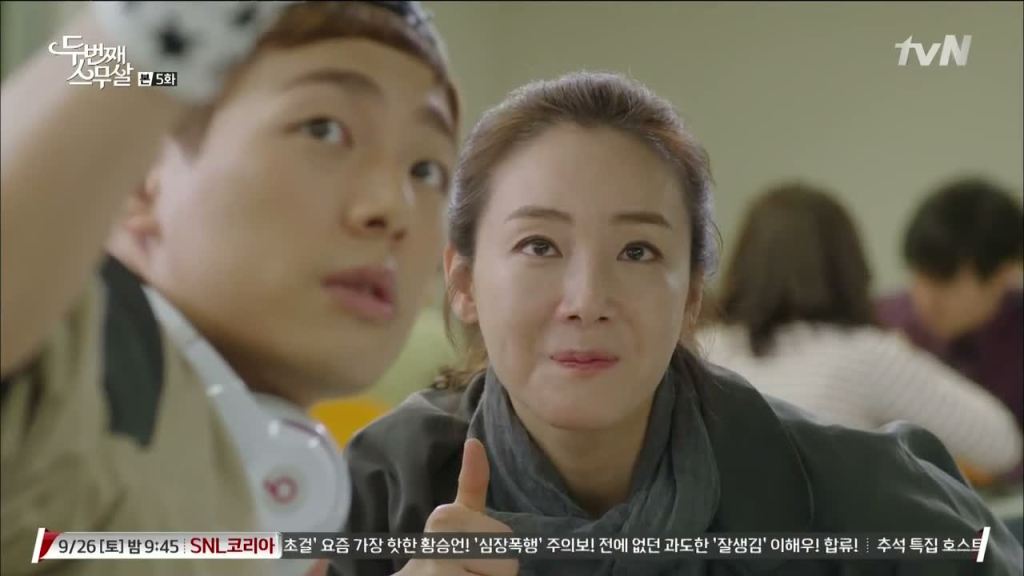 In the fifth episode of Twenty Again, No-Ra managed to resolve all of the issues that she had with the other students and she joined a dance club. However, just as things were making a turn for the better for No-Ra, both her husband and son discovered that she was going to school and it is suffice to say that neither of them were pleased to learn that she was attending college.

Episode 5 passed the Bechdel and race test but did not pass the Russo test.