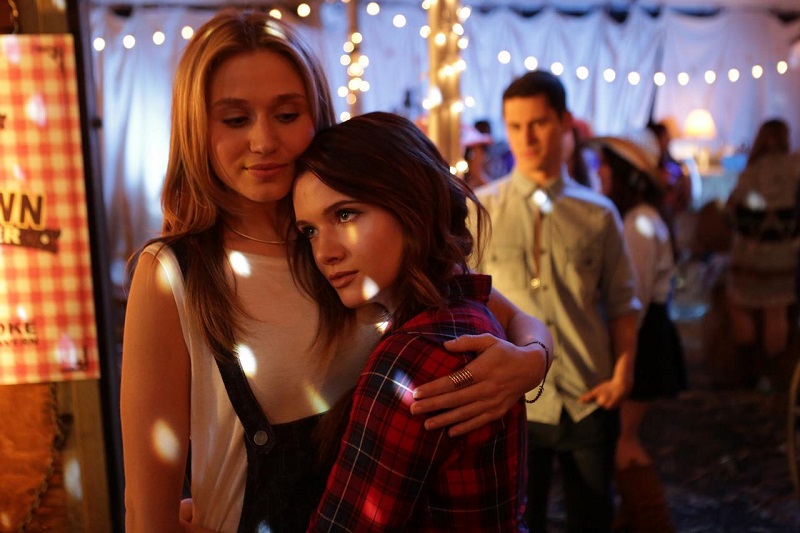 On Faking It, “Faking It…Again,” Karma and Amy once again pretended that they were dating, but this time they did so in an effort to save face for Karma’s mom who was the president of PFLAG.

“Faking It…Again” passed the Bechdel and Russo test but did not pass the race test.

There were numerous named women in “Faking It…Again” and several instances where some of these named women talked to each other without mentioning men so the episode easily passed the Bechdel test. The episode also, obviously, passed the Russo test, and “Faking It…Again” passed this test because there were two LGBTI characters in the episode (Amy and Lauren) who were not solely defined as being LGBTI and whose removal from the episode would have significantly affected “Faking It…Again’s” plot. For example, Amy and Lauren weren’t solely defined as being LGBTI because they were also defined by their roles as daughters and their removal would have significantly impacted the plot as the main storyline revolved around Amy faking a relationship with Karma and Lauren forcing Amy’s mom to confess to her (Lauren’s) dad about having an affair.*****

*****Shane was also in the episode, and while it can be argued that he was not solely defined by his sexual orientation, his removal from the episode would not have significantly affected the plot so he did not pass the Russo test.