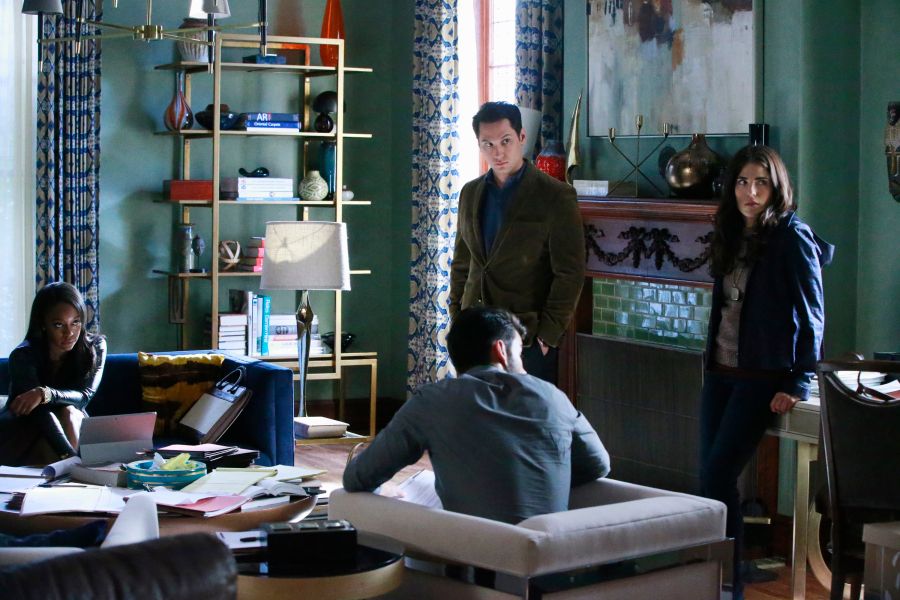 On How to Get Away with Murder, “Two Birds, One Millstone,” Asher decided not to testify against Annalise; Frank introduced Laurel to his family; the Keating 5 discovered that Kaleb and Catherine’s aunt had a secret child; and Annalise represented a transgender client who killed her husband in self-defense.