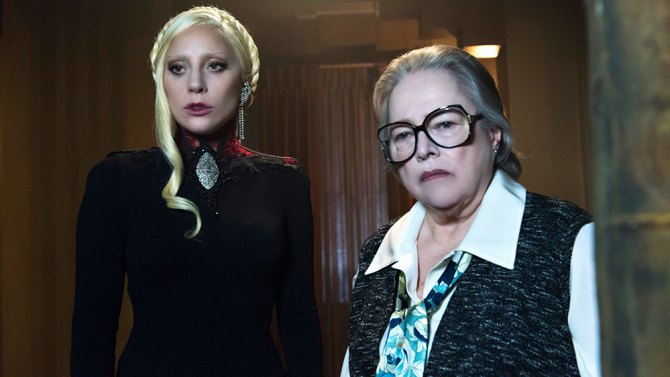 On American Horror Story: Hotel, “Flicker,” the Countess’ origin story was revealed and the audience learned who she used to be, how she became a vampire and how she met Mr. March; unknown creatures were released from the bowels of the hotel; and John got one step closer to figuring out the identity of the 10 Commandments killer.

“Flicker” passed the Russo test but did not pass the Bechdel or race test.

There were three LGBTI characters in “Flicker,” Drake, the Countess and Natacha, and one of these characters did not pass the Russo test and the other two (and thus the episode) did.

Drake did not pass the Russo test, and he didn’t pass this test because while he wasn’t solely defined by his sexual orientation (e.g., he was also defined as being a fashion designer), his removal from the episode wouldn’t have significantly affected the plot as he didn’t have much to do with the plot. The Countess and Natacha, on the other hand, did pass the Russo test, and they passed this test because they weren’t solely defined by their sexual orientation (e.g., they were also defined as being actresses and vampires) and because their removal from the episode would have significantly affected the plot as “Flicker” was mostly about the Countess and Natacha’s part in (the Countess’) past.