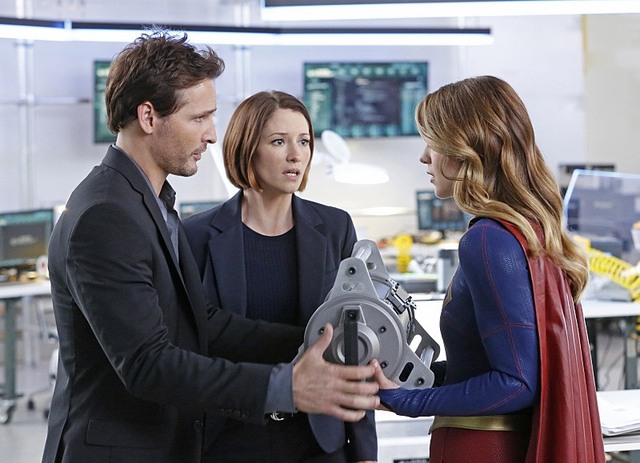 Kara was tasked with babysitting Cat’s son Carter on Supergirl, “How Does She Do It?,” and while babysitting him, Kara also had to find and combat a terrorist who was targeting Maxwell Lord.

“How Does She Do It?” passed the Bechdel test but did not pass the Russo or race test.