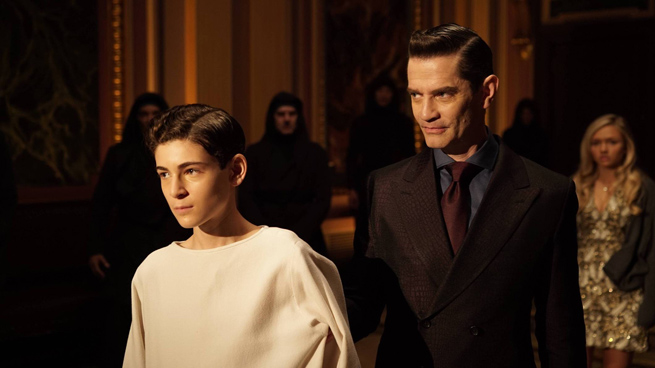 The mid-season finale of Gotham has come and gone, and I’ve got to say, it was pretty predictable. In the finale, “Worse Than a Crime,” Bruce was kidnapped and imprisoned by Theo; Alfred ran away from Tabitha; Theo forced his niece to make Bruce fall in love with her all over again; and Penguin persuaded Gordon to team up with him to defeat Theo.

“Worse Than a Crime” did not pass the Bechdel test, but it did pass the Russo and race test.

“Worse Than a Crime” did not pass the Bechdel test, and it did not pass this test because while there were two or three instances where named women talked to each other, men were always mentioned. “Worse Than a Crime” did, however, pass the Russo test, and the episode passed this test because the one LGBTI character in the episode, Tabitha, was not defined by her sexual orientation (instead, she was defined as being Theo’s sister) and her removal from the episode would have significantly affected the plot as she saved Silver and left her brother to be captured by the cops.

“Worse Than a Crime” also passed the race test, and the episode passed this test because while non-White individuals rarely talked to each other (and when they did, they almost always mentioned White people), there was one instance where on-White individuals talked to each other without mentioning White people (e.g., Tabitha told Theo that he had lost).