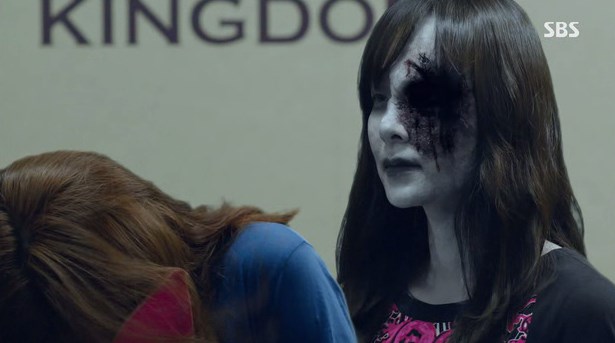 A woman who died due to her husband’s infidelity haunted Kong-Sil on The Master’s Sun, episode 3, and even though he wouldn’t admit it, Joong-Won finally started to believe that Kong-Sil truly could communicate with the dead.

Episode 3 passed the Bechdel test because of the couple of times that women (named or unnamed) talked to each other, there were two instances where named women talked to each other without mentioning men (e.g., Kong-Sil talked to An and inquired about her fall and her health). Episode 3 also passed the race test, and the episode easily passed this test since the entire cast of episode 3 was Asian and none of the characters ever mentioned White people (which means that every conversation that occurred in episode 3 passed the race test).