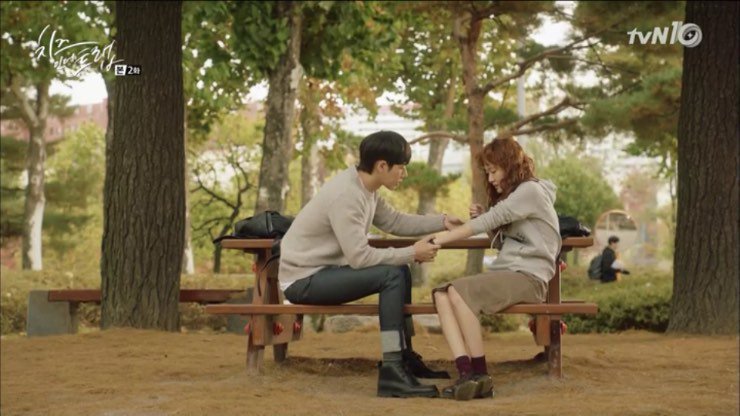 Seol grew closer to Jung on Cheese in the Trap, episode 2. This, of course, enraged Joo-Yeon who was absolutely enthralled with Jung, and in a moment of jealousy and revenge, Joo-Yeon stole Seol’s school report and sent a drunkard Seol’s way.

Episode 2 did not pass the Russo test but it did pass the Bechdel and race test.

Episode 2 passed the Bechdel test even though men were almost always mentioned in the couple of conversations that named women had with each other in episode 2 because there was one instance where men weren’t mentioned (e.g., Seol and A-Young greeted each other at the cafeteria). Episode 2 also passed the race test, and the episode passed this test because while White people were a mentioned a couple of times, the entire cast was Asian so there were several instances where non-White individuals talked to each other without mentioning White people.