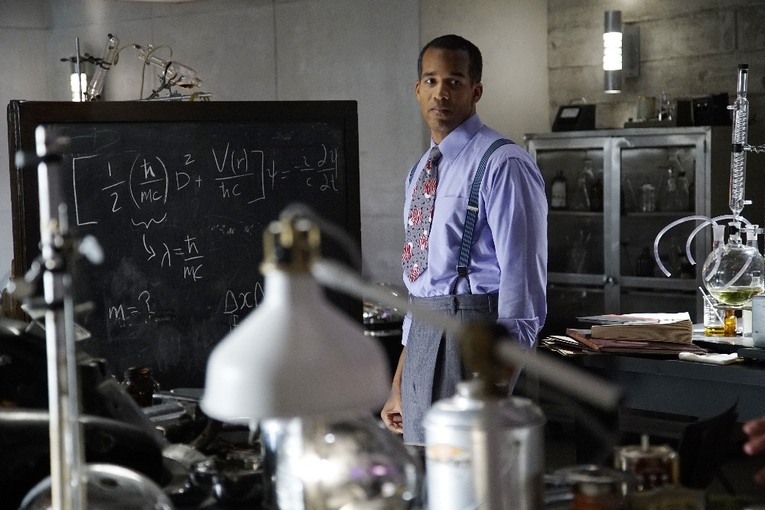 Agent Carter discovered that Dr. Wilkes was indeed alive on Agent Carter, “Better Angels,” but invisible due to some sort of (pseudo?) scientific reason. Stark assisted Carter and Wilkes in their endeavor to make Wilkes corporeal once again, but Stark found that there was only so much that he could do so he sought out the assistance of another scientist.

Carter, in the meanwhile, dug further into the zero gravity matter, and through her investigation, she discovered a secret society that was secretly shaping and controlling society.

“Better Angels” did not pass the Bechdel, Russo or race test.