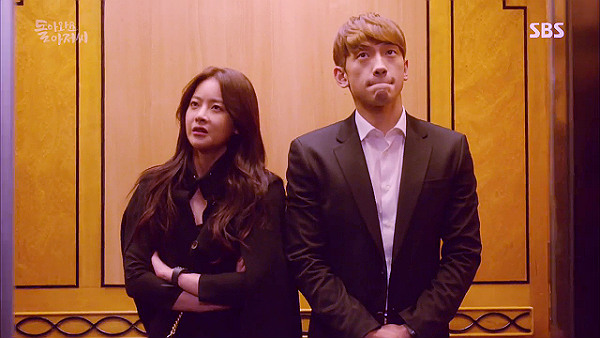 On Come Back, Mister, episode 3, Young-Soo followed his wife home and he found himself in a precarious predicament; Gi-Tak and Young-Soo reunited in the most unexpected of ways; Han-Na was determined to prove that her father hadn’t committed suicide; and Gi-Tak help Yi-Yeon out of a sticky situation.

Episode 3 did not pass the Russo test, and the episode did not pass this test because there were no LGBTI characters in episode 3 (and no, Gi-Tak is not being counted as gay because he does not, at least so far, identify as gay). As to the Bechdel and race test, episode 3 passed both of these diversity tests.

There were a couple of instances in episode 3 where named women (of which there were a few in episode 3) talked to each other, and while men were almost always mentioned in their conversations, the episode passed the Bechdel test because there was one instance where named women talked to each other without mentioning men (e.g., Da-Hye told Han-Na to go to bed). Episode 3 passed the race test because there were many instances where non-White individuals talked to each other without mentioning anyone White as the entire cast was Asian and none of the characters ever mentioned White people.