Women authors  have faced (and still do) a lot of resistance in the literary world due to prevailing beliefs like women aren’t capable of writing certain genres and perspectives; that women authors don’t sell; and that work created by women are not noteworthy. In order to circumvent barriers that arise due to beliefs such as these, women have occasionally taken on male or gender neutral pseudonyms. The following is a small sample of such women.

When Dupin first began writing stories, she did so in collaboration with her lover Jules Sandeau. The two published their collaborative works under the name Jules Sand, and when Dupin eventually went independent and wrote Indiana (which was an instant success), she adopted the pen name George Sand.

Dupin used the pseudonym George Sand for all of her work, including romance novels, literary criticism and political texts, after Indiana. It is not fully understood why Dupin hide her identity, but it could have been because of her gender (i.e., she may have feared that no one would take her seriously because she was a woman); because of her connections to aristocracy (her father was an aristocrat); because she desired anonymity; and/or because her body of work was controversial (e.g., she tended to question sexual and gender identity).

Interesting side note: Dupin was widely considered scandalous by the people of her time. The reason? She smoked, wore “men’s clothing” and engaged in numerous affairs with artists like Alfred de Musset, Frédéric Chopin and Marie Dorval.

On why they used male pseudonyms, Charlotte wrote in the Biographical Notice of Ellis and Acton Bell that:

Averse to personal publicity, we veiled our own names under those of Currer, Ellis, and Acton Bell; the ambiguous choice being dictated by a sort of conscientious scruple at assuming Christian names positively masculine, while we did not like to declare ourselves women, because — without at that time suspecting that our mode of writing and thinking was not what is called ‘feminine’ — we had a vague impression that authoresses are liable to be looked on with prejudice.

Mary Ann Evans, the author of Adam Bede and Middlemarch, initially worked under her own name as a critic and as an assistant editor for Westminster Review, a radical journal. When the writer eventually turned to fiction, however, she took on the pseudonym George Eliot.

So why did Evans use a pseudonym? Well, because (1) Evans wanted her fiction to be judged separately from her other work; (2) she feared her work wouldn’t be taken seriously due to her gender; and (3) she wanted to escape the stereotype that women only write lighthearted romance (Evans wanted to escape this stereotype so badly, in fact, that the first piece that she wrote under George Eliot was “Silly Novels by Lady Novelists,” an essay that criticized the female novelists of the time).

As to where the name George Eliot came from, it is believed that the name is homage to George Lewes, Evan’s lover who encouraged her to write fiction, and that Evans adopted his first name George and that “Eliot” is a code for “to L—I owe it.” 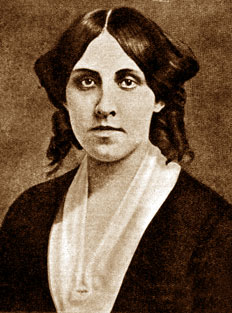 The author of Little Women, Louisa May Alcott, first began writing under the name A.M. Barnard.

Alcott wrote as Barnard for Atlantic Monthly and she did so because she needed to financially support herself and she knew that in order to do so that she would have to use a male pen name as women writers weren’t taken seriously.

As Barnard, Alcott wrote short gothic thrillers or “potboilers” (a genre that was considered “unladylike” for women writers) for the Atlantic Monthly and while her work as Barnard did well commercially, when she later wrote Little Women and novels that promoted women’s rights, she used her own name. 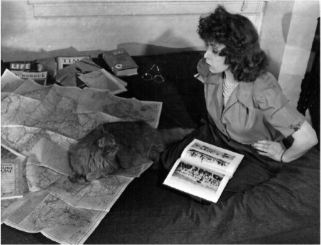 A pioneering cartoonist of her time, June Tarpé Mills created characters like Daredevil Barry Finn and The Purple Zombie and she did so under the gender neutral pseudonym Tarpé Mills.

Mills wrote under a pen name because she wished to hide her gender, but when Mills created Miss Fury, and the character became fairly popular, Mills’ gender was inevitably discovered.

Side note: Miss Fury was the first female comic book superhero to be created by a woman. 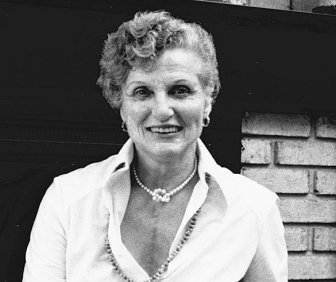 Alice Bradley Sheldon is a popular and award winning science fiction writer who explored societal gender roles in her work and who is better known by her pseudonym James Tiptree Jr.

Sheldon wrote under a male identity in order to distance herself from her other work (Sheldon was already an established artist, art critic and journalist), to gain a foothold and recognition in a genre that was male dominated, and because in her words:

A male name seemed like good camouflage. I had the feeling that a man would slip by less observed. I’ve had too many experiences in my life of being the first woman in some damned occupation.

The true identity behind Tiptree was eventually discovered ten years before Sheldon’s death, and the revelation shocked the literary world. Many had known that Tiptree was a pseudonym, and while a few people had suspected that Tiptree was a woman, most had assumed that the author was a man and that he had to protect his identity because he was an intelligence community official. 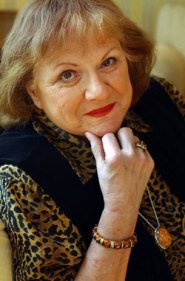 A well-respected true crime author whose work was often featured on The New York Times’ bestseller list, Ann Rule published both under her own name and under the pseudonym Andy Stack.

Early on in Rule’s writing career, she wrote for True Detective magazine, and while working for the magazine she took on the pen name Andy Stack. The reason? Her editor told her to use a male pen name because this would make her seem more “credible” to readers. Never mind that Rule had actually worked as a police officer and that her family worked in the justice system, because as long as readers thought she was a girl, her credentials meant nothing.

When Rule eventually began writing novels, she published under both her name and her pseudonym, but once her name became known, she got rid of Andy Stack and she only published under her own name. 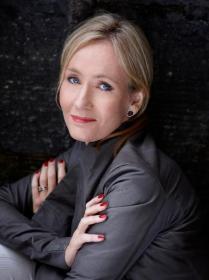 J.K. Rowling, known for writing the immensely popular Harry Potter series, originally used her full name, Joanne Rowling (no middle name), when she submitted the first Harry Potter novel. However, because her publisher Barry Cunningham feared that the series’ target audience of boys wouldn’t read novels written by a woman, she removed her first name and used initials instead, using the initial from her first name and inventing the “K.”

Rowling used one other pseudonym, Robert Galbraith, when she published a crime mystery called The Cuckoo’s Calling in 2013. Rowling explained that she had used this pen name because:

I was yearning to go back to the beginning of a writing career with this new genre, to work without hype or expectation and to receive totally unvarnished feedback.