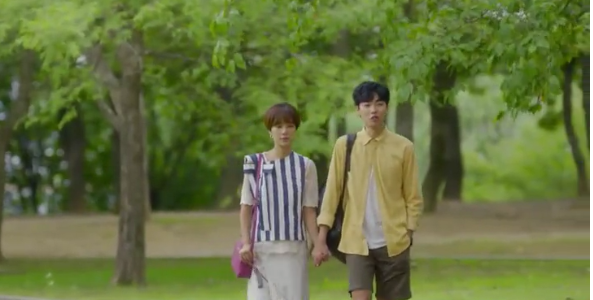 In the tradition of K-dramas, Bo-Nui and Soo-Ho came together in the finale of Lucky Romance, and the two lived happily ever after with Bo-Nui proposing to Soo-Ho.

Episode 16 passed the Bechdel test because there were named women in the episode and there were couple of occasions where some of these women talked to each other without mentioning men. The episode easily passed the race test because there were numerous instances where non-White individuals talked to each other without mentioning White people as the entire cast was Asian and none of the characters ever mentioned White people.