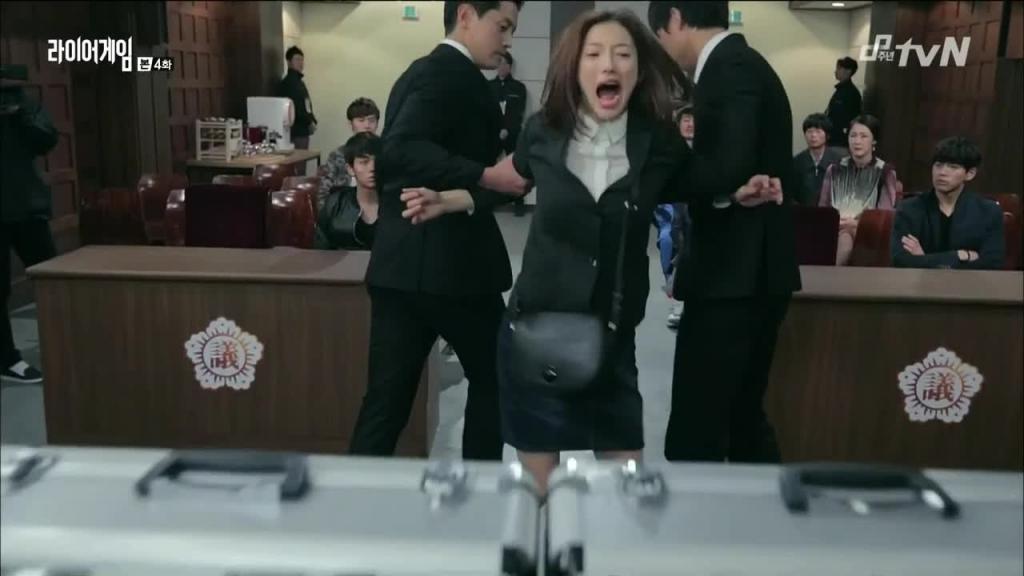 On Liar Game, “Minority Game II,” Jung-A revealed that she was Betrayer X and that her true name was Jaime.

When Jaime revealed her true identity, she thought that she had already won the game, but it ended up that Jaime wasn’t the only person in the game who was capable of deception. For example, Jaime had thought that she had kept her identity secret and that she had played everyone for chumps, but Woo-Jin, Da-Jung and Sung-Joon had been aware of Jaime’s true identity for quite some time, and the trio had used their knowledge to their advantage and created a strategy that would enable their win and guarantee Jaime’s loss. It is suffice to say that Jaime did not take kindly to this news and that she freaked out when she realized that she had lost the second round of Liar Game.

“Minority Game II” passed the Bechdel and race test but did not pass the Russo test.

There were several named women in “Minority Game II,” and there were a couple of occasions where named women talked to each other without mentioning men (e.g., Da-Jung talked to Jaime about her [Jaime’s] coffee and Da-Jung told Jaime she already knew about her identity) so the episode passed the Bechdel test. “Minority Game II” also passed the race test, and the episode passed this test because the entire cast was Asian and White people were never mentioned by any of the cast members.

As to the Russo test, “Minority Game II” did not pass this test because there were no LGBTI characters in the episode.