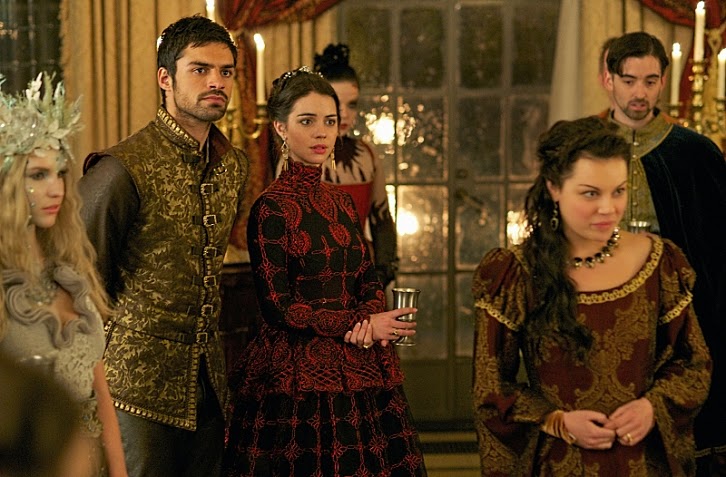 Reign returned this season with the new episode “Getaway.”

In “Getaway,” a cardinal came to France seeking out any who had been branded by the Dark Riders, and upon his arrival, he learned that Condé had been branded. The cardinal tried to arrest and hang Condé, but Mary whisked him (Condé) away before the cardinal could arrest him, and the two fled to Condé’s brother’s wild party.

“Getaway” passed the Bechdel and Russo test but did not pass the race test.

There were two instances where named women talked to each other without mentioning men – when Catherine talked to Kenna and when Catherine talked to Claude. This allowed the episode to pass the Bechdel test, and the episode also passed the Russo test as there were two gay men in “Getaway” who were not solely defined by their sexual orientation and were not replaceable. For instance, the cardinal and his lover were pivotal to the plot as they were the ones terrorizing the people of France and leading the inquisition, and their status as lovers was only a side note to their characters and not their sole identity.

As to the race test, the episode did not pass the test as non-White characters never talked to each other.