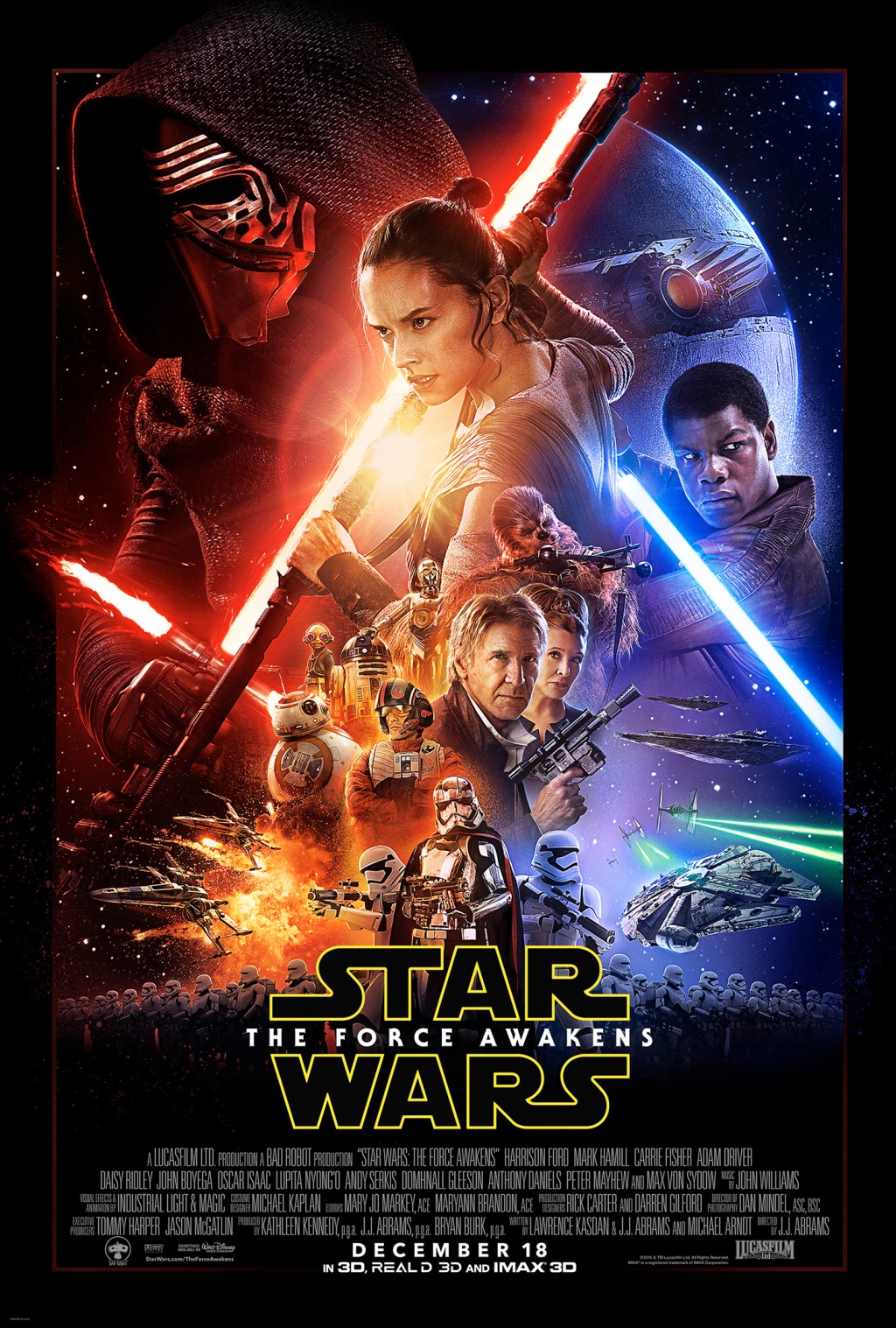 The biggest grossing movie to have ever been released in the U.S., Star Wars: The Force Awakens is a continuation of the Star Wars saga, and in this newest Star Wars release, a woman (Daisy Ridley) and a man of color (John Boyega) play the leads.

It has been thirty years since the Galactic Empire was defeated and a new threat to the galaxy, the First Order, has arisen. Luke Skywalker, who has been missing for years, is needed to defeat this new threat, and two unlikely individuals, Rey (Ridley), a scavenger, and Finn (Boyega), a Stormtrooper defector, have the map leading to his location. Together, Rey and Finn set out on a journey to deliver the map to the Resistance, and along the way, the two make new discoveries about themselves and the parts they play in the fate of the galaxy.

Star Wars: The Force Awakens passes the race test but it does not pass the Bechdel or Russo test.

There are a couple of non-White individuals in The Force Awakens and there are a couple of instances where some of the non-White individuals in the film talk to each other without mentioning White people (e.g., Finn and Poe [Oscar Isaac] talk to each other on several occasions without mentioning White people) so The Force Awakens passes the race test. The film does not, unfortunately, pass either the Bechdel or Russo test.

For the first time in the Star Wars franchise, a prominent female character is not only a pilot but she is also a Jedi. Even better, the woman is not a two-dimensional “strong female character” who solely prescribes to hegemonic masculine ideals. She is, instead, a complex, compassionate woman who can hold her own in a fight and who values friendship. However, despite the film’s deviation from the strong woman trope, The Force Awakens still fails the Bechdel test as the one time that women (and only women) speak to each other in The Force Awakens, men are referenced (e.g., Maz [Lupita Nyong’o] informs Rey that the lightsaber that has called to her was previously used by Anakin and Luke Skywalker).

As to the Russo test, The Force Awakens fails this test as the film is just as heteronormative as its predecessors and nothing LGBTI is ever mentioned let alone featured (i.e., there are no LGBTI characters in The Force Awakens).