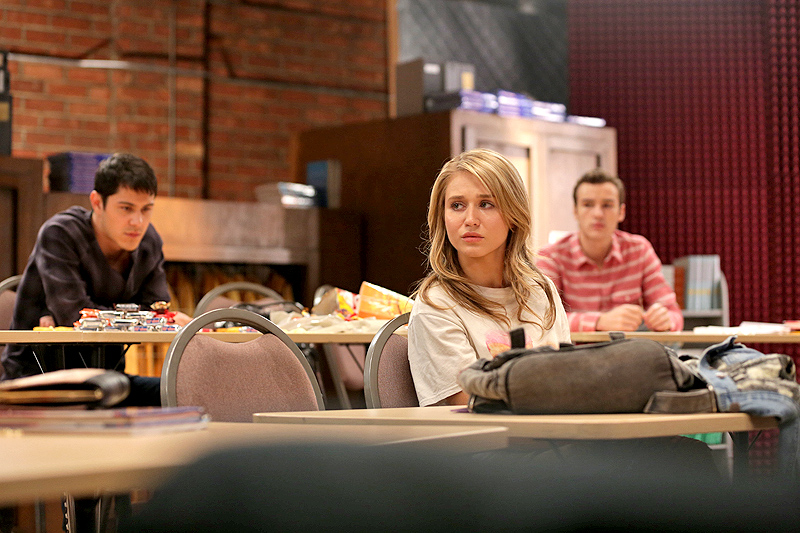 In this week’s episode of Faking It, “Boiling Point,” Lauren, Amy, Karma, Liam, Shane and Felix were thrown into a Breakfast Club-esque scenario where they all had detention together. They, of course, wound up fighting, but they eventually made up with each other and attempted an escape from detention so that Shane could talk to Duke before he left the country.

“Boiling Point” passed the Bechdel and Russo test but did not pass the race test.

“Boiling Point” passed the Bechdel test, and the episode passed this test because of the several times that named women talked to each other, there were three instances where named women talked to each other without mentioning men (e.g., Karma and Amy talked to each other on two separate occasions about movies and mints and Lauren and Karma sniped at each other). “Boiling Point” also passed the Russo test, and the episode easily passed this test because there were four different LGBTI characters – Lauren, Amy, Shane and Duke – who passed all of the Russo test’s requirements. How exactly did they all pass the Russo test? Well, Lauren, Shane, Amy and Duke all passed the Russo test because they are LGBTI and they were in “Boiling Point”; because none of them were solely defined as being LGBTI (e.g., Shane, Lauren and Amy were also students and Duke was an athlete); and because none of them could have been removed from the episode without significantly impacting the plot as the entire episode was about their relationships with each other.