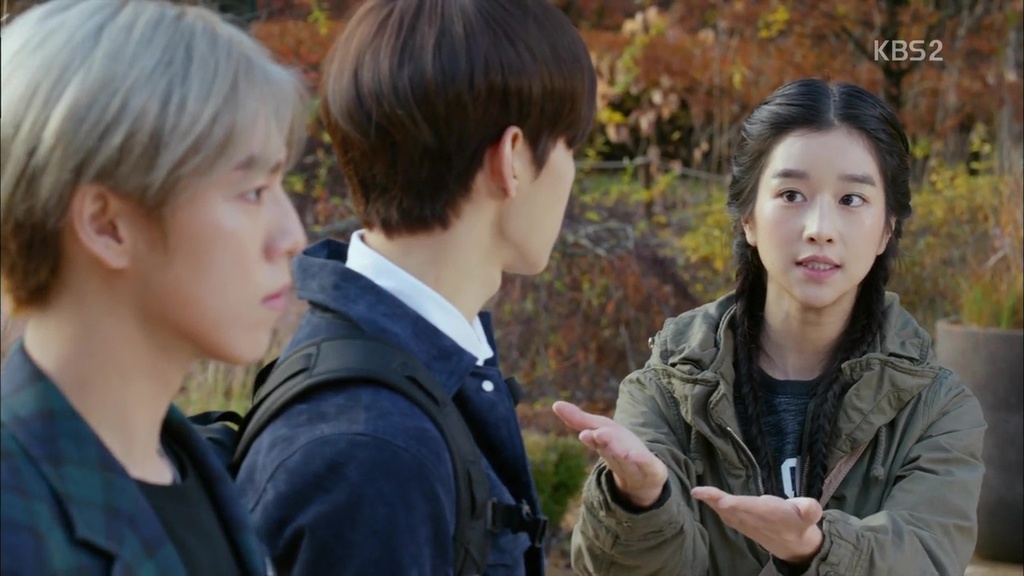 Shi-Woo and Chi-Ang began their student life at Moorim on Moorim School, episode 2, and on their first day, they pestered Soon-Duk nonstop, each for his own reasons.

Women talked to each other 2-3 times in episode 2, and on one of those occasions, both of the women who were talking to each other had names (e.g., Soon-Duk and Sun-A talked about Shi-Woo and Chi-Ang’s arrival at Moorim), but the episode did not pass the Bechdel test because the named women who talked to each other discussed men. Episode 2 also failed to pass the Russo test, and the episode did not pass this test because there were no LGBTI characters in episode 2.