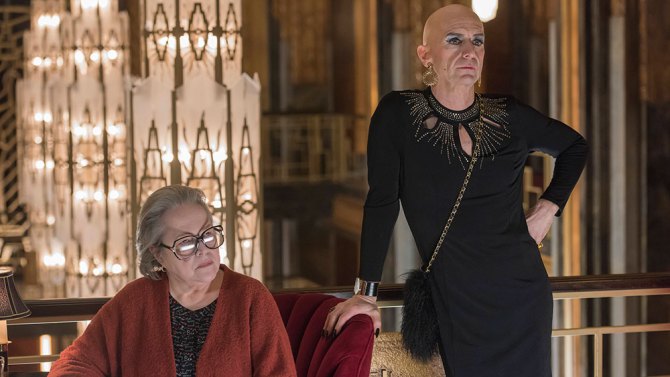 The finale of American Horror Story: Hotel, “Be Our Guest,” aired the other night, and in the finale, all of the loose ends were wrapped up. Liz and Iris took over the hotel; John was caught and killed by the police; Will and Sally put a stop to their murdering sprees and redirected their energy towards fashion and social media; and all of the ghosts of the Cortez continued haunting and reigning over the hotel.

“Be Our Guest” did not pass the race test but it did pass the Bechdel and Russo test.

There were a couple of non-White individuals in “Be Our Guest” (e.g., Ramona and Ramirez), but the episode did not pass the race test because there was never an instance where anyone non-White talked to each other. The episode did, however, pass the Bechdel test.

There were several named women in “Be Our Guest” and there were several instances where some of these named women talked to each other. The episode passed the Bechdel test because of the several instances that named women talked to each other, there were two occasions where men weren’t mentioned (e.g., Billie Jean told Liz that she was thinking about filming a ghost special at the Cortez, and Ramona threatened Billie Jean). “Be Our Guest” also passed the Russo test, and the episode passed this test because of four different LGBTI characters.