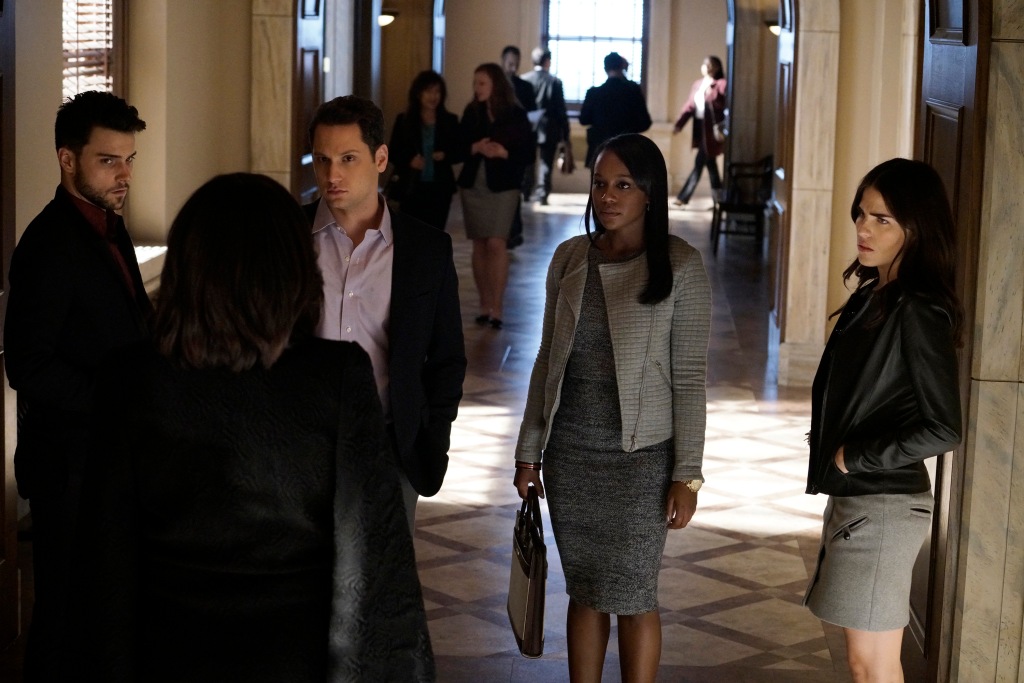 HOW TO GET AWAY WITH MURDER - "She Hates Us" - Tensions in the Keating household run high, as each student struggles in their own way trying to return to normalcy. In a flashback, we'll learn new details about Annalise's past on "How to Get Away with Murder," THURSDAY, FEBRUARY 18 (10:00-11:00 p.m. EST) on the ABC Television Network. (ABC/Michael Desmond) JACK FALAHEE, MATT MCGORRY, AJA NAOMI KING, KARLA SOUZA

Annalise was in a serious funk on How to Get Away with Murder, “She Hates Us,” and she struggled to not only control her interns but to find the will to work as well.

“She Hates Us” did not pass the Bechdel test but it did pass the Russo and race test.

As to the race test, “She Hates Us” passed this test because there were several non-White individuals in the episode and there were a couple of occasions where some of these talked to each other without mentioning anyone White.

*****If Oliver had been the only LGBTI character in the episode, “She Hates Us” would not have passed the Russo test because while his removal from the episode would have significantly affected the plot as he was part of a subplot that involved Connor and Asher, he didn’t meet all of the Russo test’s requirements as he was solely defined by his sexual orientation.