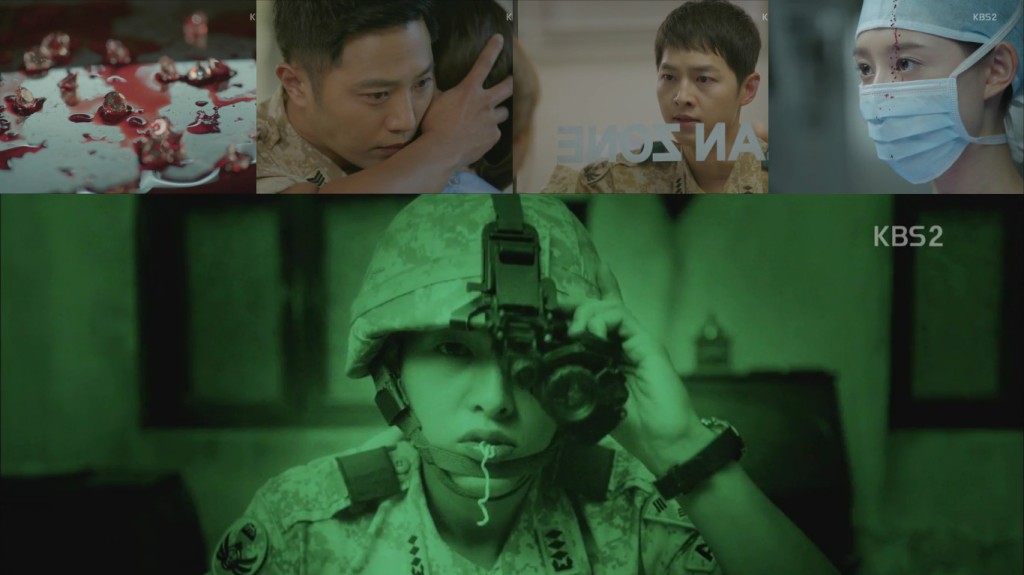 Drama abounded in the tenth episode of Descendants of the Sun. What happened? Well, Chi-Hoon begged for his patient’s forgiveness; Jin was abducted by Agus; Fatima stole narcotics; Shi-Jin and Mo-Yeon rescued Fatima from Agus’ men; Shi-Jin and his men rescued Jin; Mo-Yeon and Myeong-Joo performed emergency surgery on Jin; and Myeong-Joo contracted a serious virus.

Episode 10 did not pass the Russo test but it did pass the Bechdel and race test.

As to the race test, episode 10 passed this diversity test because the cast was primarily non-White and there were many instances where some of the non-White individuals that were in the episode talked to each other without mentioning White people.