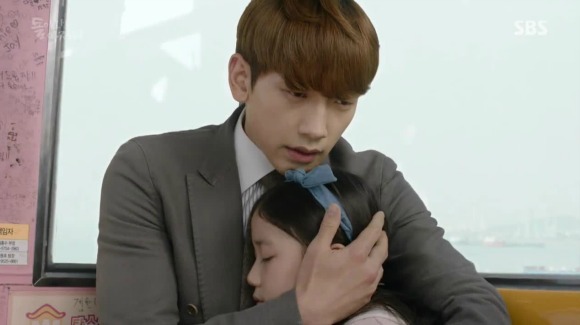 On Come Back Mister, episode 13, it was revealed that Han-Na was not Young-Soo’s biological daughter and Suk-Chul kidnapped Gi-Tak.

Episode 13 did not pass the Russo test but it did pass the Bechdel and race test.

As to the Bechdel test, episode 13 passed this test, and the episode passed this test because there was an instance where the very few named women that were in the episode talked to each other without mentioning men (e.g., Da-Hye scolded Han-Na for running away). Episode 13 also passed the race test, and the episode easily passed this diversity test because there were numerous instances where non-White individuals talked to each other without mentioning White people as the entire cast was Asian and none of the characters ever mentioned White people.