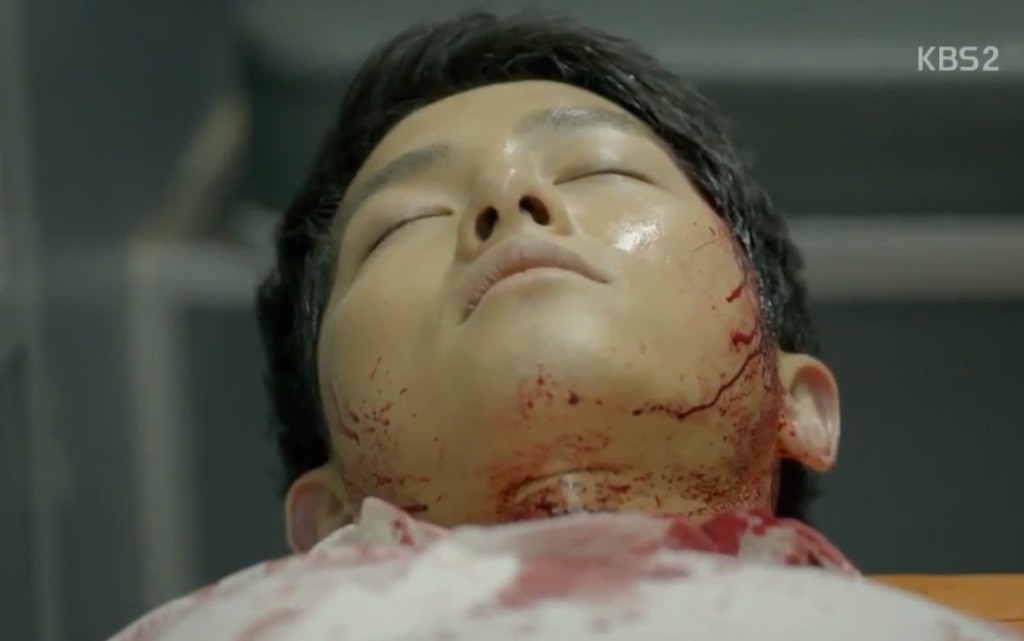 Shi-Jin died and was brought back to life by Mo-Yeon on Descendants of the Sun, episode 14, and once he came back to life, Shi-Jin commenced interrogating a North Korean soldier.

As to the Bechdel test, episode 14 did pass this test, and the episode passed this test because there were a couple of instances where named women (of which there were a few in the episode) talked to each other without mentioning men.

Episode 14 also passed the race test, and the episode passed this diversity test because there were many instances where non-White individuals talked to each other without mentioning White people as the entire cast was Asian and none of the characters ever mentioned White people.