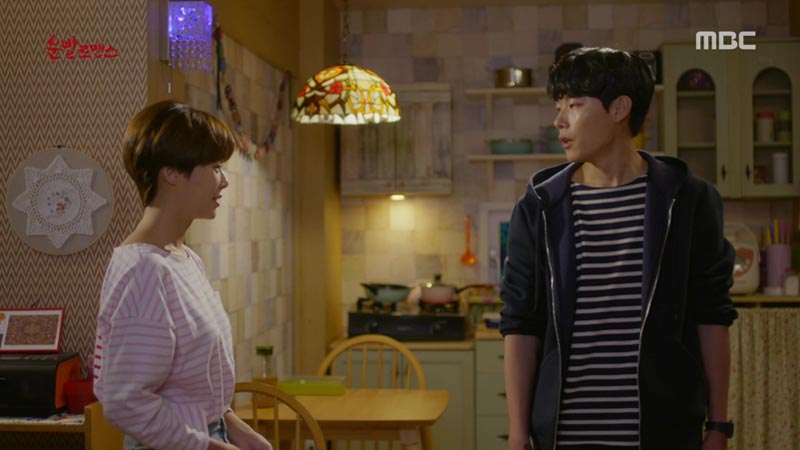 Bo-Nui asked Soo-Ho to have sex with her on Lucky Romance, episode 5, and as a result of her forwardness, Soo-Ho found himself baffled, self-conscious and without a clue as to what to do.

Episode 5 passed the race test but it did not pass the Bechdel or Russo test.

Episode 5 passed the race test, and the episode easily passed this test because there were many instances where non-White individuals talked to each other without mentioning White people as the entire cast was Asian and none of the characters ever mentioned White people.