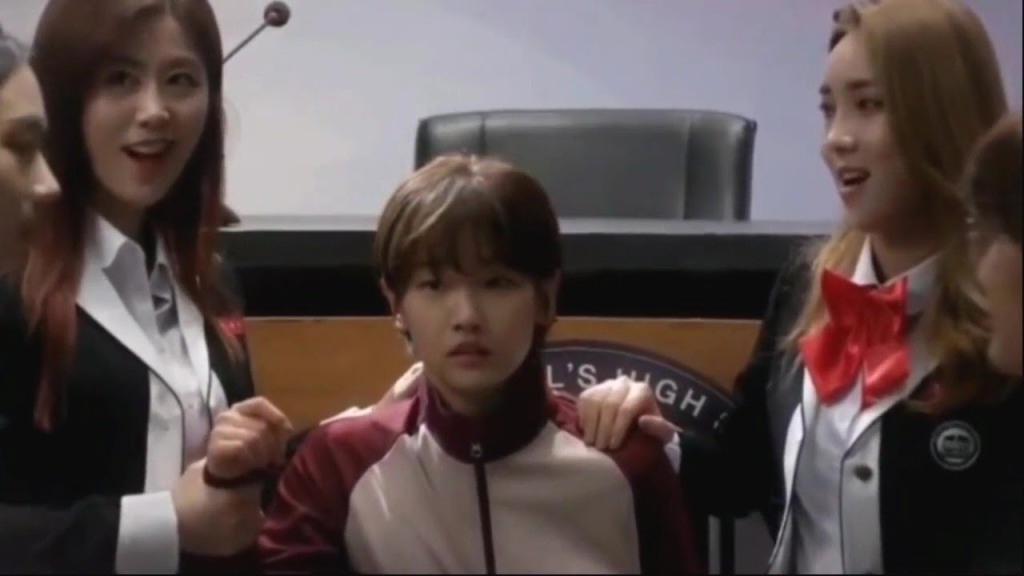 Believing that she had failed in her mission to get all of the Kang cousins to attend their fathers’ memorial service, Ha-Won left the Sky House on Cinderella and Four Knights, episode 6. The next day, Ha-Won went to her high school graduation, and while there, a bunch of classmates who had found out that she had been living at Sky House cornered her with the intention of sexually assaulting her. Before they could so, however, the Kang cousins rescued Ha-Won and thwarted their efforts. Everyone, including Ha-Won, then commenced to forget that Ha-Won had almost just been gang raped.

So yeah, basically, episode 6 used rape as an afterthought plot device and it was seriously messed up.

Episode 6 did not pass the Russo test but it did pass the Bechdel and race test.

There were a couple of named women in episode 6 and because there were many instances where some of these women talked to each other without mentioning men, the episode passed the Bechdel test.

As to how episode 6 passed the race test, the entire cast was Asian and none of the characters ever mentioned White individuals so there were many instances where non-White individuals talked to each other without mentioning anyone White.