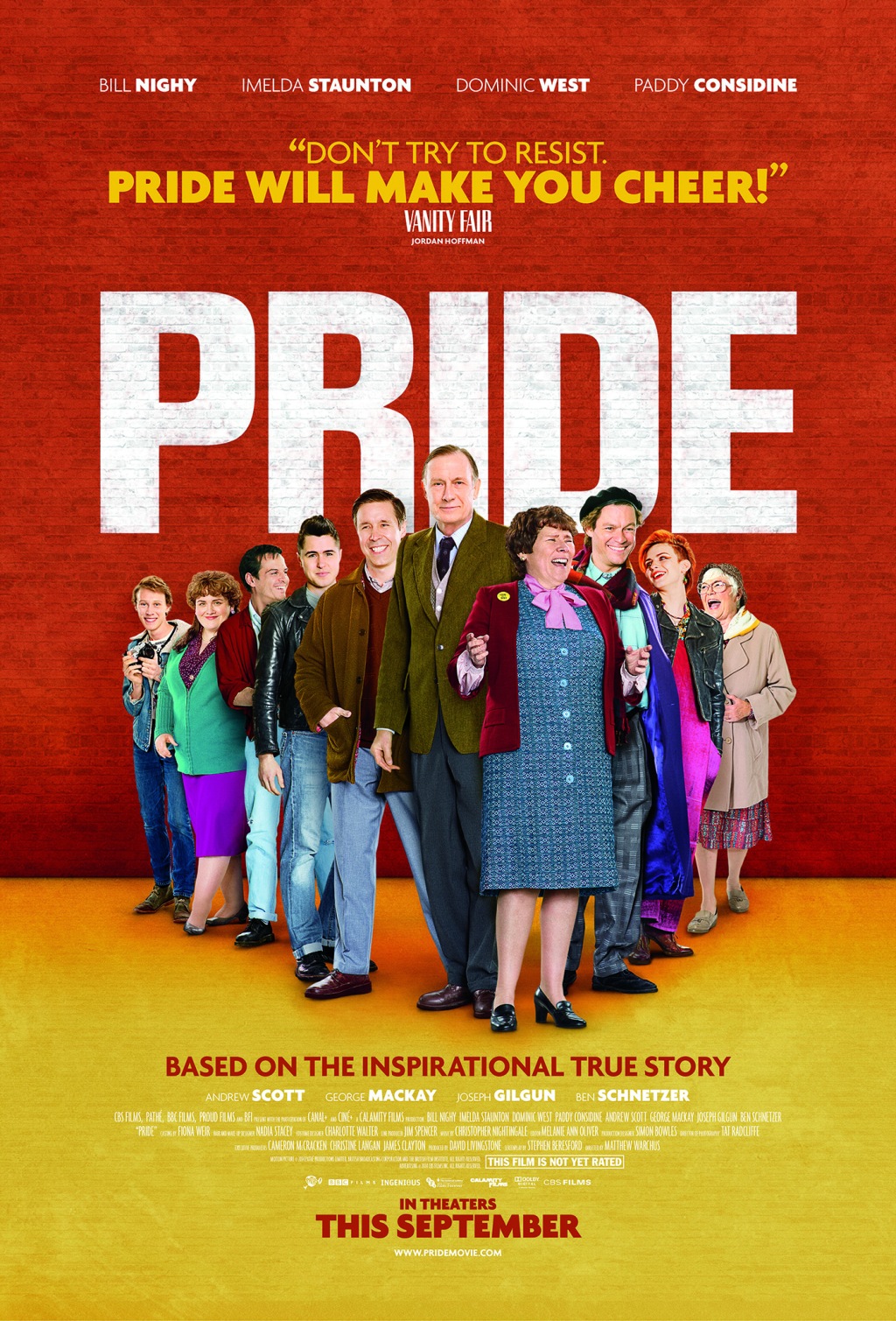 Pride is based on the true story of lesbian and gay activists coming to the aid of Welsh coal miners in the 80s.

Pride passes the Bechdel and Russo test but does not the race test.