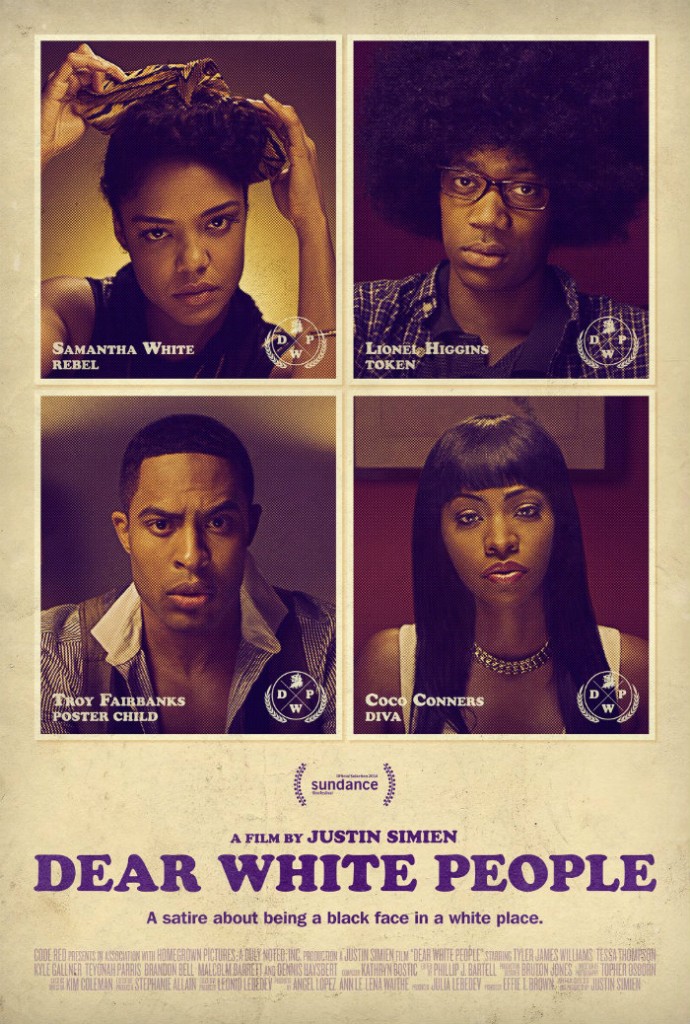 In Dear White People, four Black college students’ lives and intersecting identities were examined as they navigated a predominately White college which was steeped in racism and homophobia.

The film passed the Bechdel test because there was one instance where named women talked to each other without mentioning men – when Sam talked to Coco in passing and told her that she was late to the election.

Dear White People also passed the Russo test because Lionel, one of the protagonists of the film, was gay, he was not solely defined by his sexual orientation (e.g., he was a student and a journalist), and because he couldn’t have been removed from the plot without causing a significant change to the film’s story (because, duh, he was a protagonist).