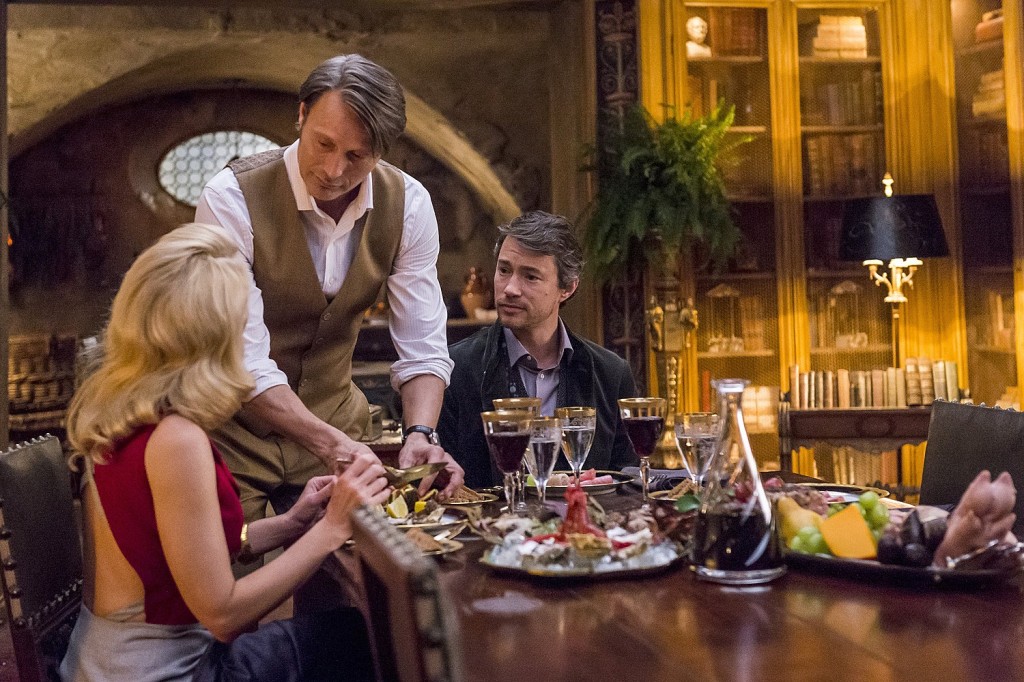 Hannibal returned with an all-new episode, “Antipasto,” tonight and it was as stylistic as always.

In “Antipasto,” Hannibal and his relationship with Bedelia were examined in a confusing jumble of time lapses. To be more specific, the audience learned a little more about what had happened between Hannibal and Bedelia in the past (clue – a dead man was involved), and the audience learned that Hannibal and Bedelia are now currently living together as husband and wife in Italy. Oh, and because this is Hannibal that we are talking about, several people were also killed in this newest installment.

Overall, this episode was pretty boring, but from what can be gleaned from the preview for the rest of the season, the future episodes do look promising. Perhaps even, if I may say, a little tasty.

“Antipasto” did not pass the Bechdel, Russo or race test.

“Antipasto” did not pass any of the diversity tests because Bedelia was the only woman with a name (not to mention the fact that women never even talked to each other); because there were no LGBTI characters; and because there was only one non-White character (Jack) in the episode.