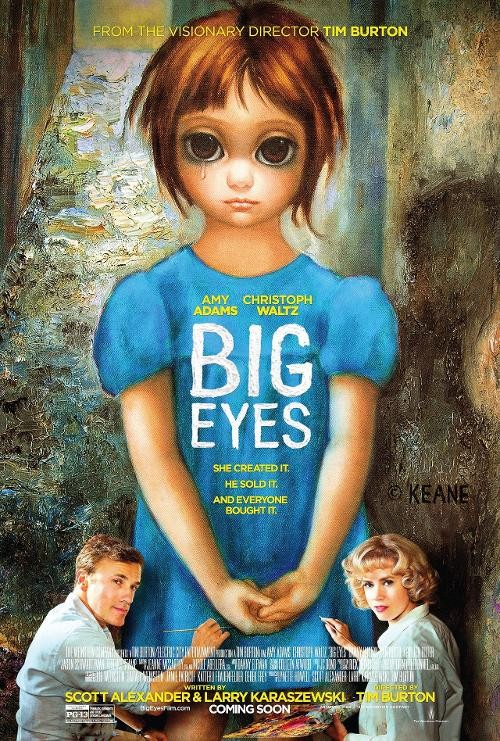 Based on a true story, Big Eyes tells the tale of Margaret (Amy Adams), a mother who divorces her husband and then winds up in a second marriage to a man (Walter Keane as played by Christoph Waltz) who takes the credit for the creation of her paintings.

Big Eyes passes the Bechdel test but does not pass the Russo or race test.

Named women talk to each other a couple of times in Big Eyes, and on three of these occasions,  named women talk to each other without mentioning men (e.g., on three separate occasions Margaret and her daughter talk about Margaret’s paintings) so the film passes the Bechdel test. However, while the film passes the Bechdel test, it does not pass either Russo or race test because there are no LGBTI characters in the film and because the few non-White characters in the film never speak to each other.