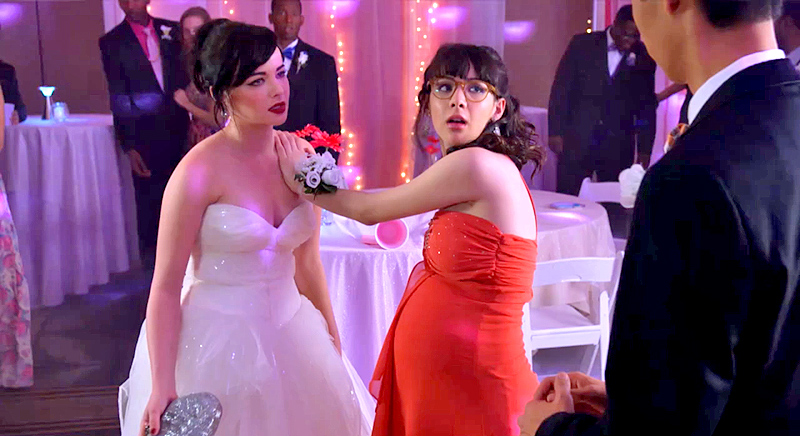 Devastated about prom, on Awkward., “Reality Does Not Bite,” Jenna returned home early, but wanting to salvage her night, she returned to prom where Matty awaited her.

“Reality Does Not Bite” passed the Bechdel and Russo test but did not pass the race test.

Named women talked to each other several times in “Reality Does Not Bite,” and of the several times that they talked to each other, there were two occasions where men weren’t mentioned (e.g., Lissa talked to Jenna and told her how happy she was that Jenna returned to prom and Sadie yelled at Jenna) so the episode passed the Bechdel test. “Reality Does Not Bite” also passed the Russo test, and the episode passed this test due to four different LGBTI characters.