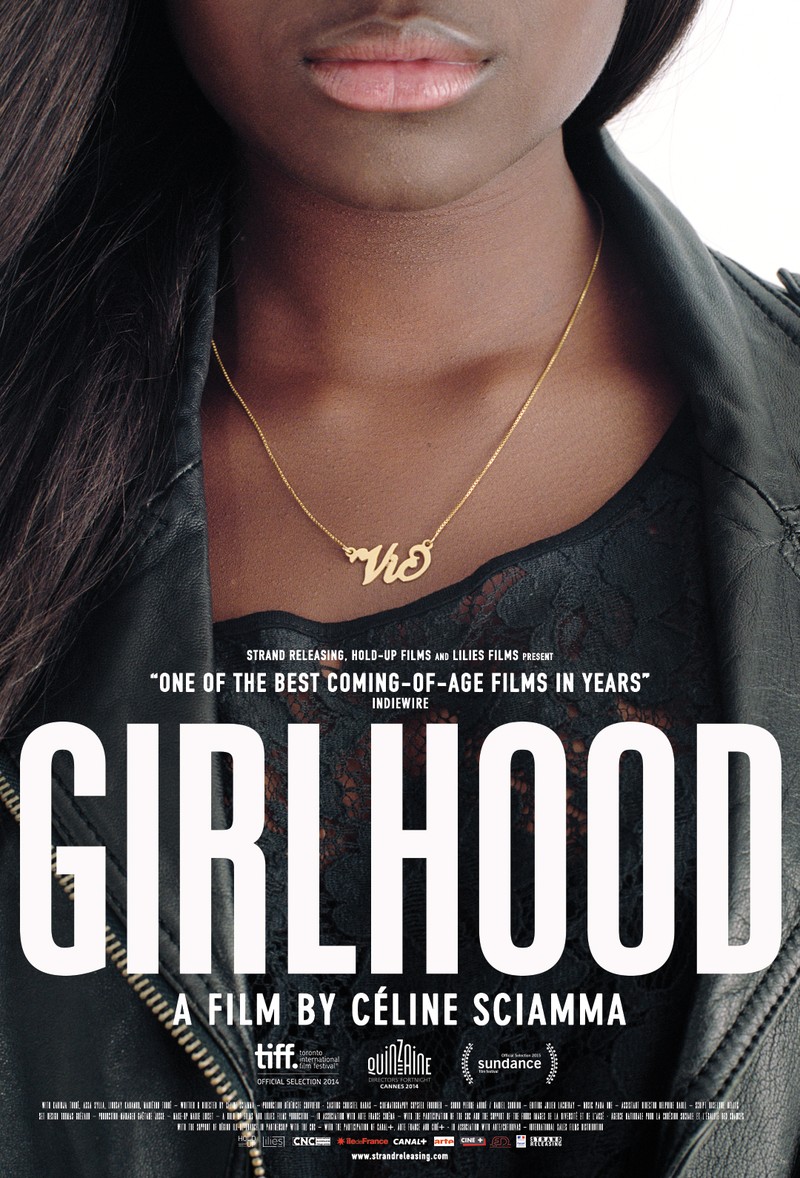 Girlhood is a coming-of-age tale of Marieme (Karidja Touré), a young schoolgirl who lives in the projects of Paris.

Marieme has grownup raising her younger sisters while living in a neighborhood full of toxic masculinity and under the tyranny of an abusive brother. Marieme has never really had a chance to live her own life and be a kid so when Marieme learns that she cannot go to high school due to her poor grades, Marieme is finally pushed over the edge and she decides to take matters into her hands and to change the direction of her life. And how does Marieme does this? By joining a girl gang.

At first, Marieme isn’t completely sure what to make of the girl gang and their world of dance parties, fights and sisterhood, but she quickly acclimates and finds that she enjoys it. However, before too long,  Marieme finds herself leaving this world behind and attempting to carve her own path.

Girlhood does not pass the Russo test but it does pass the Bechdel and race test.

While there are men in Girlhood and they do play important parts in the film, Girlhood is largely about Marieme and her relationships with girls and women. The cast is thus mostly composed of girls and women (several of which have names) and because there are many instances in Girlhood where named female characters not only speak to each other, but speak to each other without mentioning men, the film passes the Bechdel test.

As to the race test, Girlhood passes this test because there are many instances where non-White individuals talk to each other without mentioning White people and this is because most of the cast is Black and because the non-White cast’s characters’ storylines do not revolve around White people.