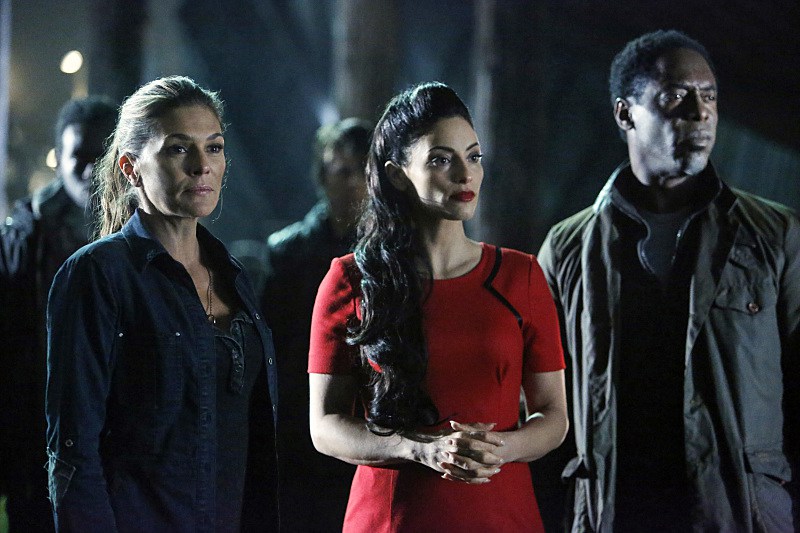 Three main storylines occurred on The 100, “Fallen.” The storylines? Well, 1) Murphy assisted Ontari in her quest to convince everyone that she had ascended as Commander 2) Abigail, Raven and Jasper brainstormed on how to release Raven from Alie and 3) Monty fled Arkadia when he learned that Pike knew of his part in the prisoners’ escape.

“Fallen” also passed the Russo test, and the episode passed this diversity test because Clarke is LGBTI and she was in “Fallen”; because she was not solely defined as being LGBTI (e.g., she was also defined as being a rebel); and because her removal from “Fallen” would have significantly affected the episode’s plot because while she was barely in the episode, her appearance tied into the episode and the series’ overall plot.*****

*****There were two other LGBTI characters in “Fallen,” Miller and Bryan, and if they had been the only LGBTI characters in the episode, “Fallen” would not have passed the Russo test. Why? Because while they weren’t solely defined by their sexual orientation (e.g., they were also defined as being rebels), if they had been removed from the episode, the plot would not have been significantly affected.