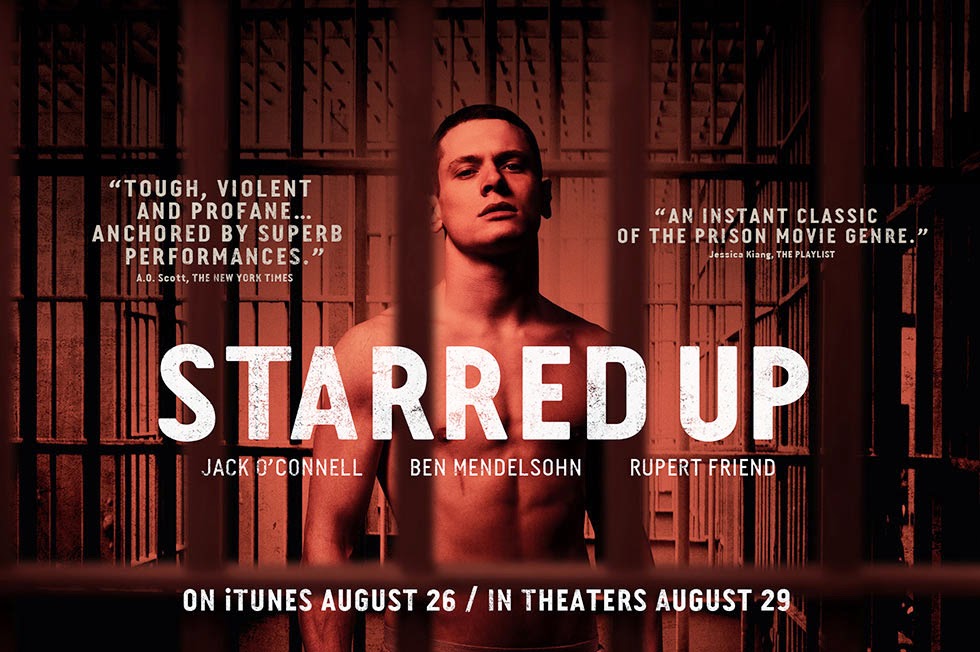 Starred Up is a drama about Eric, a young man who is incarcerated and moved into an adult prison because he is too violent for his previous prison.

Starred Up passes the Russo and race test but does not pass the Bechdel test.

The film obviously does not pass the Bechdel test since the film takes place in a male prison and there are only two women in the film (both of whom never speak to each other). The film does pass the Russo test, however, since Eric’s father, Neville, appears to be bisexual (he was dating a man while in prison), he is irreplaceable and he is not solely defined by his sexual orientation.

Some may argue that Neville is not bisexual as some men who normally identify themselves as heterosexual do engage in same sex relationships and/or sexual intercourse while in prison. However, I argue that just because someone is surrounded by the same sex for several years doesn’t mean that he’ll just randomly start dating the same sex completely out of the blue. There had to have been some part of him that had always been attracted to the same sex (at least on some level) and it just wasn’t until he was forced into unusual and constricting circumstances that he was willing to explore that part of his sexuality. Thus, I view Neville as being bisexual.

As to how Neville is irreplaceable, Neville is part of the major plotline of the film as Starred Up is primarily about Neville and Eric’s relationship. Neville is also not solely defined by his sexual orientation as the audience also knows him to be a leader and a father, and the film passes the race test since there are a couple of instances where non-White characters talk to each other without mentioning White people.