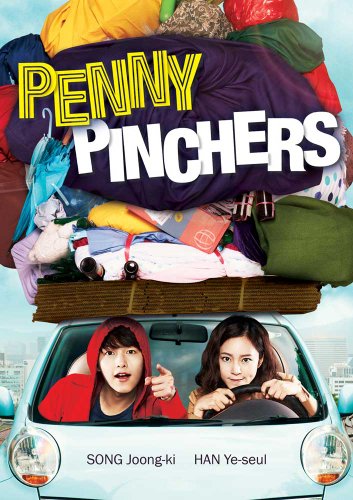 A comedy, Penny Pinchers tells the story of Ji‑Woong (Song Joong‑Ki), a guy with absolutely no luck or common sense, and Hong-Sil (Han Ye‑Seul), a woman who goes to extremes to save and attain money.

Hong-Sil is absolutely obsessed with money. She wants to amass as much as she can as fast as she can, but in order to do so, she needs help. Enter Ji-Woong.

Ji-Woong is desperate. He is broke as a joke, he has been kicked out of his apartment and he has nowhere to go. In other words, he is the perfect candidate for Hong-Sil’s get rich quick scheme. Hong-Sil thus approaches Ji-Woong, and through some clever lies and tricks on Hong-Sil’s part, the two begin working together and they make some serious money – for better or worse.

Penny Pinchers does not pass the Russo test but it does pass the Bechdel and race test.

As to the race test, Penny Pinchers passes this diversity test (and easily so) because the entire cast is Asian and none of the characters ever mention anyone who is White.