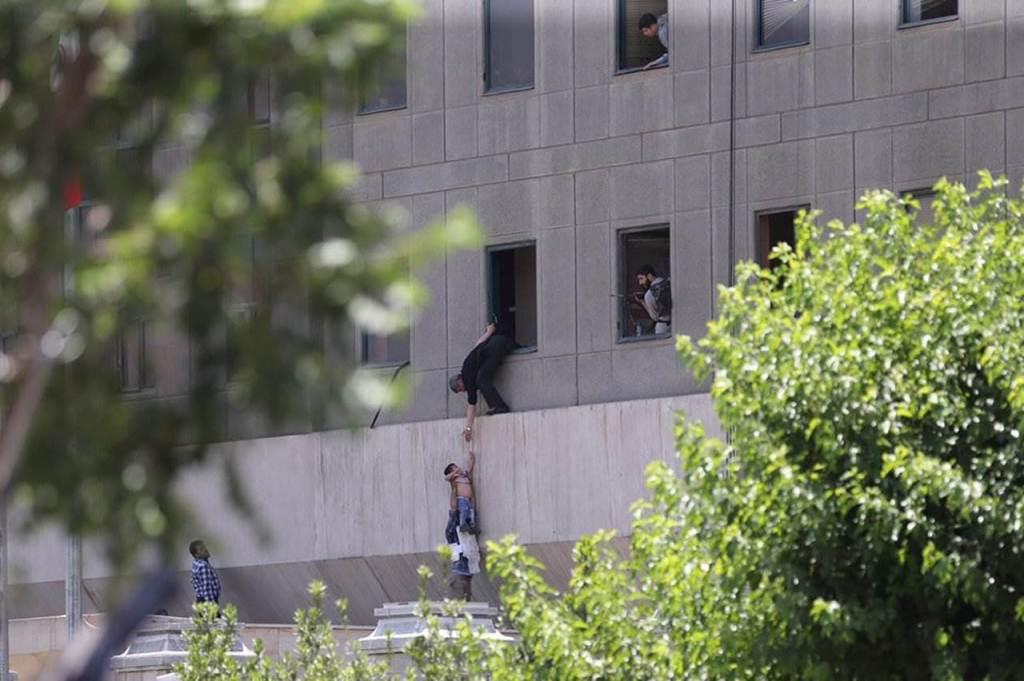 On Wednesday the 7th, five men and a woman stormed the Iran parliament building and the Ayatollah Khomeini mausoleum which are located in and around the capital of Iran, Tehran. The attacks occurred simultaneously during broad daylight and induced panic and mayhem for several hours.

Four gunmen (reportedly dressed as women) opened fire at the main gates of the Iran parliament building, a suicide vest was detonated and hostages were taken.  The assault lasted for over three hours and lawmakers were in session at the time.

Four of the assailants were killed by Iran’s Revolutionary Guards and there is currently a death toll of 15 with 52 persons injured.