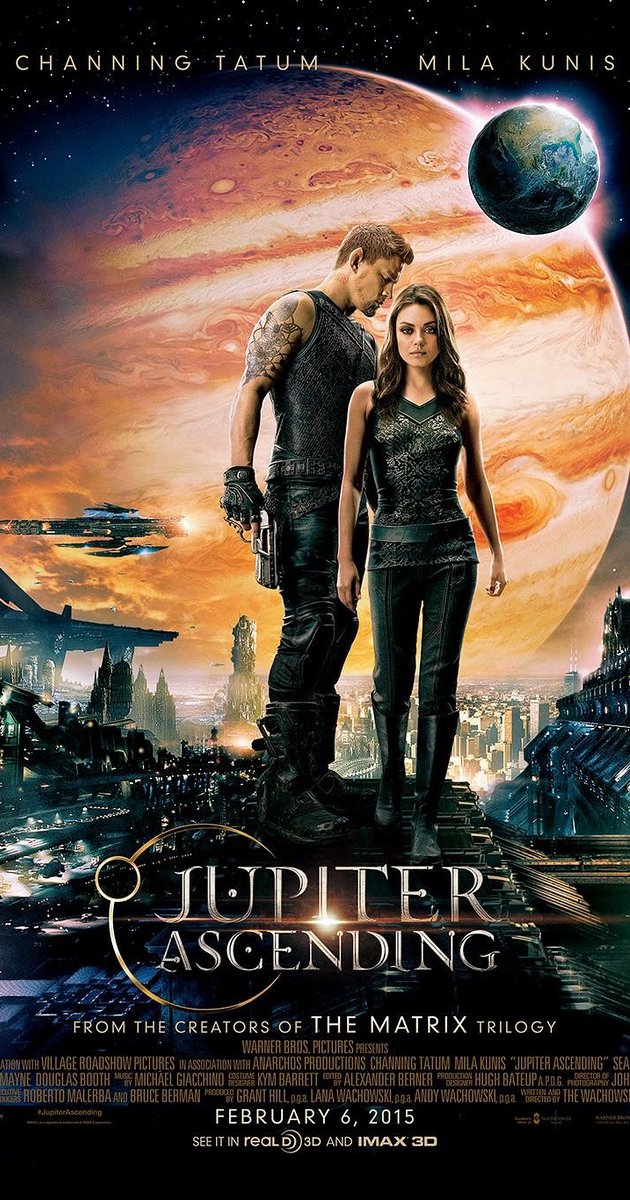 The Wachowski siblings released a new movie called Jupiter Ascending which told the story of Jupiter (Mila Kunis), a maid who was unaware that she was the heir of Earth and who was dragged into an intergalactic business feud over the ownership of Earth.

The film was beautiful, visually stunning and had fantastic CGI, but there was no substance to Jupiter Ascending. There was too much going on, it was hard to hear and understand what anyone was talking about, there was not enough character development, and despite how Jupiter was the center of the movie, she did not play much of an active part and was, instead, a passive bystander who was played and moved about by other characters. The romance between Jupiter and Caine (Channing Tatum) was also weird. Their romance was just incredibly sudden (not to mention out of nowhere), and the two had zero chemistry.

Jupiter Ascending passed the Bechdel and race test, but it did not pass the Russo test.

There were a couple of instances where named women talked to each other without mentioning men so Jupiter Ascending passed the Bechdel test, and there was also at least one instance where non-White characters talked to each other without mentioning a White person so Jupiter Ascending passed the race test as well. The film did not, however, pass the Russo test as there were no LGBTI characters.