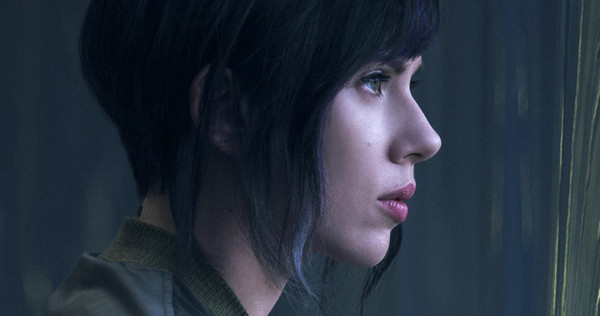 Scarlett Johansson plays The Major in Ghost in the Shell from Paramount Pictures and DreamWorks Pictures in theaters March 31, 2017.

It was recently announced that Scarlett Johansson is playing Motoko Kusanagi, an Asian Japanese woman, in the live action adaption of Ghost in the Shell. This, of course, has stirred up all kinds of controversy, and more importantly, it has forced us to question, have we, as a nation, really progressed when it comes to the inclusion and portrayal of Asians and Asian Americans. The answer? Not really.

Hollywood, historically, has had a major problem when it comes to the portrayal of Asians and Asian Americans. Decades ago, for example, White actors played Asian characters (in and sans yellowface); Asian characters were caricaturized and portrayed as a stereotype; and Asian characters were rarely even portrayed in Hollywood films. And now? Well, according to a 2016 study by Stacy L. Smith, Marc Choueiti and Katherine Pieper, only 5.1% of the onscreen roles in 2014-2015 were played by Asian actors. That’s obviously not a lot, and to make matters even worse, roles that should be played by Asian actors still tend to be given to White actors instead (e.g., Justin Chatwin played Goku in Dragonball: Evolution; Jim Sturgess played Ben Campell in 21 and Hae-Joo Chang in Cloud Atlas; Benedict Cumberbatch played Khan Noonien Singh in Star Trek Into Darkness; and Emma Stone played Allison Ng in Aloha) and Asian stereotypes are just as alive as they ever were (e.g., Asians and Asian Americans are still portrayed as a “model minority” and expert martial artists; Asian men are portrayed as not being sexual beings; and Asian women are depicted as submissive and/or sexpots). So the conclusion to be drawn? While time has moved on, Hollywood has not.

We like to think that we’ve advanced when it comes to how we portray race and ethnicity in film, but the reality is, Hollywood still has a huge problem when it comes to diversity and how it represents and portrays various racial and ethnic populations. The fact that Asian and Asian Americans are still rarely casted in Hollywood films; that parts that should be played by Asian or Asian Americans are Whitewashed; that Asian stereotypes abound; and that yellowface is still “a thing” is proof of just that. And as to why Scarlett Johansson’s casting as Motoko Kusanagi, an iconic Japanese character, rankles so much? Because it reminds us of these very shortcomings – of how little we have progressed and of how much further we have yet to go when it comes to how we represent and portray Asian and Asian Americans in American cinema. No one, after all, enjoys being faced with an uncomfortable, not to mention racist, truth.

To find out more about how Asian and Asian Americans have been portrayed in America cinema over the years, checkout out the video below.